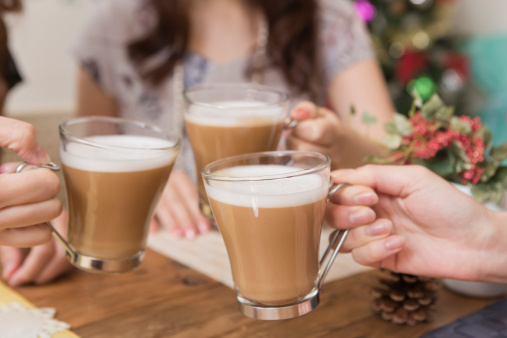 When I found out I was pregnant, one of the first things I did (apart from scream!) was to join our local NCT branch and register for their Antenatal course. Not because I wanted to do their course over any other particularly, but because although I’d lived in Surrey for 6 months at this point, I really didn’t know anyone in the area, especially not other mothers (excepting the wonderful Sarah Ord who was a life saver before I had Oscar and has continued to be ever since).

I was supremely lucky with my NCT group. I know I was. There were nine couples and with one exception we have all stayed in close contact since meeting in our third trimesters. The ladies were there when he wouldn’t sleep, they were there when he wouldn’t eat, they practically saved our lives when they took us places in their cars (I don’t drive due to my epilepsy) I couldn’t have hoped for a more friendly, supportive and caring bunch and I thank my lucky stars for them regularly.

But when our children started to near a year old, most of the ladies went back to work. Of course they did, I was expecting to myself. But I didn’t. Most of the girls were going back part time and Friday was the most common day off so we moved our meet up to a Friday morning. But I could suddenly see a time looming when I wouldn’t be seeing my lovely NCT friends throughout the week anymore. It was awful. But what could I do? Stay at home moping, waiting in until Friday to go out? I knew I had to take action.

I looked on the internet for suggestions. babycenter.com had a whole article about how to meet other “mommy’s”. Some of the advice was good, but carrying a “mommy card” (a business card with my contact details on it) to give to other mothers when out at the park just sounded bizarre. So much of the advice sounded like dating advice, it may as well have been called, “How to pick up other Moms”. I laughed.

But they were right in some respects. Making new friends as an adult is hard. Most of the friends I had in London were not from London. They were people I had a connection to via my home town in Devon. Most of my close friends were and still are living in Devon. For a friendly type, I’d made very few real friends in my eleven years in the Big Smoke. The NCT group offered me a ready made solution, but how was I going to move beyond that?

What I didn’t reckon with was the ice breaking properties of a small child. Oscar has made more friends for me than I ever managed myself in my whole adult life. The groups I attended for him as a wee tot were almost more about me than him. Strike that. On reflection I think there were almost entirely about me. Getting me out and about and meeting new people. Now he’s older and we go to Toddler Groups that are obviously a bit more about him and what he’s doing (learning through play, socialising etc). But you know what I still think they’re useful for me. I’ve met some great characters at these groups.

I had a lunch date with one of them this past week. We met initially through a webpage www.netmums.com that have a section called MeetAMum. It could almost be construed as mummy dating and in fact I have been on several mummy dates. When I had two “dates” in one week my friend Emma laughed and said I was a mummy tart! ;-). Hayley was new to the area and I offered to meet her to show her round. As it turned out she came to one of our toddler groups and we started chatting. Boom!! New friend made.

I’m not saying it’s easy. You really have to push yourself out there. Confidence is not always at its highest after having a baby. A new mum worries about everything. But I found the more I went out, the more Oscar did the hardest part for me. Before I knew it a “pop” to Tesco this Tuesday took an hour as I had to stop to chat to at least three different people I knew through the boy.

I never did the whole dating thing. Ben was only my second ever boyfriend and we’ve been together since we were 19. But I understand that in dating, as with making friends the same rings true. Faint heart never won fair maid. I must have a bold heart. I’ve met me some wonderfully fair maids.