We first saw the paediatrician in September 2014, so although we didn’t get Oscar’s diagnosis until February this year, it’s been just over a year since the word and the possibility of Autism entered our lives.

I say Oscar’s diagnosis, and of course it is his, but in many ways it’s also ours. Ours as a family, mine as a mother.

I’ve been thinking about identity a lot lately. Being “who you are” or “who you want to be” and being “true to yourself” seem to be buzz words I see everywhere I go at the moment. And the idea is a nice one. Not pretending for the sake of others, living the life you were meant to or that you dreamt of. It’s all very noble. But what happens if the life you want and the one you’ve been thrust in to are two separate things?

Last year I was finally starting to feel happy in my own skin. I felt I was living the life I was meant to. Gradually the future had started to excite me and my confidence soared. I was the mother I wanted to be and I had visions of where we would go and what we would do, together and apart. And then the A bomb dropped into our lives and things haven’t been quite the same since.

I haven’t been that happy for a while now. First of all I thought it was shock, coming to terms and dealing with my ‘grief’ while carrying on. Then things started to happen. People and agencies came into our lives and support and paperwork and appointments and thoughts I never thought I’d need to have became everyday and it was a whirlwind. Yes, Autism was now part of our world, but we could learn and we could deal with that. Right? And then things just carried on, not quite as before but as everyday as they could be. But I didn’t start to feel any better. And eventually I realised in fact I had started to feel worse. Different, less devastated, but more all encompassing.

I spend so much energy getting through the day, some days I feel like a shell. Empty and drained. And then some days I’m feel like I’m getting it. Like I’m winning, like everything is OK again. And the next day it’s everything I have to get us out the door.

And I started to wonder why I feel so sad and I think I might have an idea. I am not the mother I thought I was going to be. And while I’m sure most of us can say the same (who really is living up to the ideal we had before and during pregnancy, really?), it’s proving harder to accept that than maybe I thought it’d would. Is this sadness down to not really knowing who I am?

I want to be true to myself, I just don’t know who that is any more. I am not the mother I thought I was. Because Oscar is not the child I thought he was.

I’m sure I’ll come to terms with it one day. I’ll accept that I am an SEN parent. That I will live my whole life with a disabled child. I’m just not sure when. And right now I don’t know how to.

Or perhaps I just don’t want to? Because that would be like admitting all this is real.

And then my heart just might break for good. 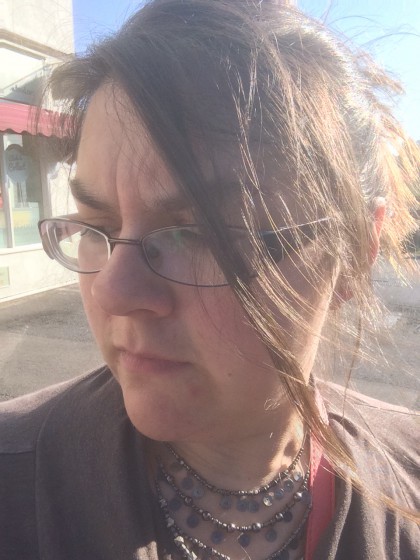