Oscar’s preschool often take their children out. To the local woods, to buildings of interest, to churches etc. So far Oscar has not joined his friends on any of these trips and I’ve been fine with that. His understanding of change in routine and his perception of danger mean it just hasn’t been worth it for him. However recently he’s seemed more able to cope, more able to hold my hand when asked. I mentioned to his TA that the next time they go to the woods, I would like Oscar to join in and I would happily come with him. I felt it was time to try.

As it happened their next scheduled trip was to the local Cupcake shop, to support this term’s theme ‘The Jobs People Do’. The nursery suggested Oscar and I come too and I agreed. For all sorts of logistical reasons I suggested we meet them at Mirrabelles, which we did bang on 10am. We were the only ones there for 15 minutes. In some respects that was great. Oscar went straight in, sat down, did some colouring, had a little look round, all while holding my hand. He did bloody brilliantly. 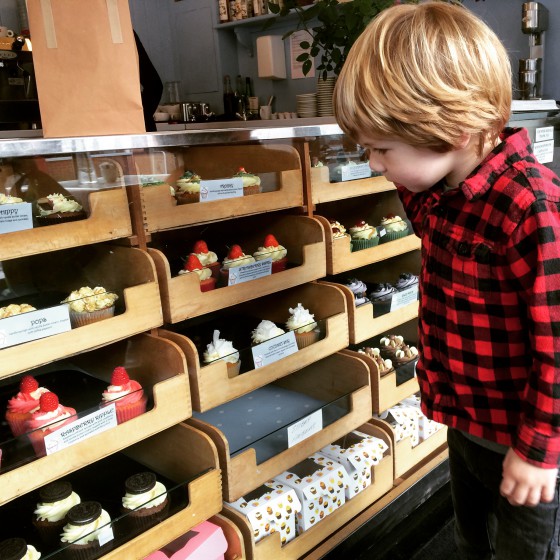 On the other hand it was a pain in the proverbial, because by the time they eventually turned up, he’d used up a large proportion of his ‘sitting still and being quiet’ quota. This annoyed me, but what can you do? Any who, the thing that made me beam from ear to ear was how happy the other children were to see him, with several of them shouting ‘OSCAR!!’ with such joy when they saw him. It broke my heart with cute!

Needless to say he struggled to sit and watch the cake making demonstration. He attended here and there, but really it wasn’t exciting enough to hold him from a distance. He’s used to getting up close and personal when we bake, so I can see why he struggled. It didn’t help that the shop had placed bowls of maltesers, chocolate buttons and sprinkles on the tables (for the children to decorate the cakes with) and told them not to touch. I know the children have to learn self discipline, but this just felt mean to me! Of course Oscar looked like the only one making a big deal about it because he’s loud, but his Key Worker told me later other children had also snuck a choccie here and there, but because they did it quietly no one noticed!

So yeah he walked/ran about a bit, he played with our friend who also happened to be there and he was sad he couldn’t eat the chocolate on the tables. But do you know, he didn’t have a single melt down. In fact he was mostly happy the whole time we were there, even if he wasn’t doing exactly what was expected of him. Eventually his TA convinced him to sit back down and they were given iced cakes to decorate. And rather than choff the sweets he now had his hands on he decorated his cake, just like every one else. They were then told not to eat the cakes and to put them in a box. So he had a cheeky nibble and did just that, with barely a fuss. I was gob smacked!

I had no idea how this trip would go. We went in with a positive attitude and an acceptance that we might need to pack up and leave if it didn’t work. But it did work. He was included. And while it was tiring, it was totally worth it. And not just because he insisted we share his cake when we got home! 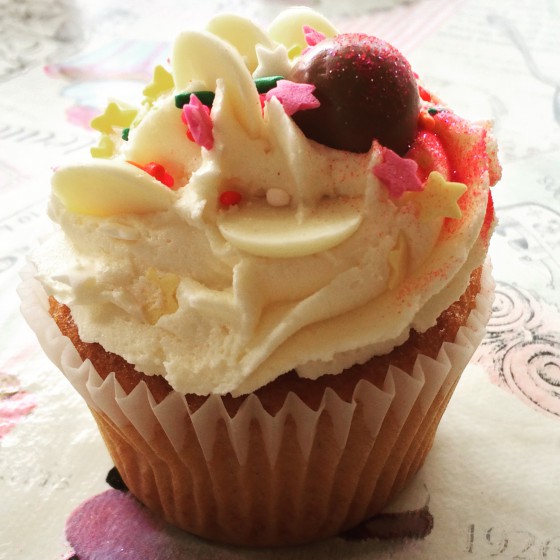