Second week down the road. Two weeks into my journey already. On that first day it seemed like every step was taking so long and there was just so far to go. And don’t get me wrong, there is, but all of a sudden I’m two weeks down. And before you know it’ll be a month and then two months….. Jeez if I need any reminder of that I should just look at my nearly FOUR year old son! Oscar will be four in just 10 weeks! How is that even possible? Time takes no shit, she doesn’t slow down for anyone.

Well that was deep! Just a little thought that struck me this morning as I sit here writing this and sipping my Americano with skimmed milk (from my HEA) and sugar free caramel syrup. A syn free celebration of last night’s loss of 0.5lb. 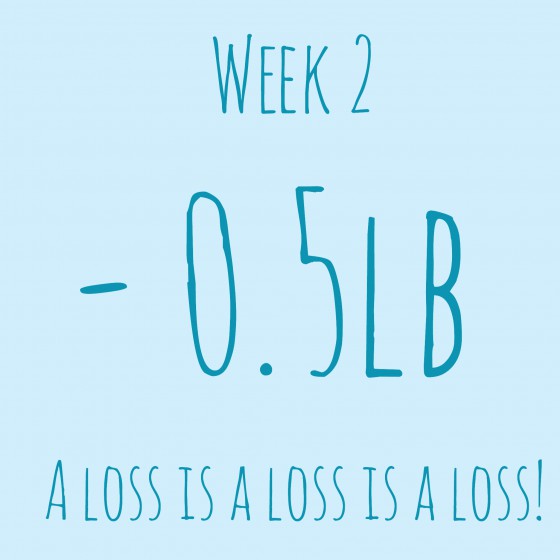 I have to admit when I got on the scales and they flickered back and forth between a 2lb loss and a 0.5lb loss, and settled on the 0.5lb, My initial reaction was disappointment. I think my exact words were “oh no”! And then my brain kicked in and a I realised that I HAD LOST. I was forgetting my own advice, to celebrate every loss no matter how big or small. And by the time I got back to my chair I was feeling better. But it’s interesting how my gut, non thinking reaction was still negative. I think, for me, positivity as a second nature, is always going to be a work in progress.

And do you know what, regardless of what the scales say, I feel like I’ve lost more than 5lb. Physically in my clothes and emotionally in myself. And that’s what this is all about. I’m not saying I’m in any old clothes or anything yet, I just feel more comfortable, less like I’m about to pop! And that’s a great start. I do want to wear my Fat Face Jeggings again, but slowly slowly catchy monkey. And I can catch a monkey ?

This weeks favourite food has been grated courgette. I’ve been having stir fry most lunch times and I love the flavour stir fry gives, what can be a rather bland vegetable. Similarly with sprouts! I know, but seriously, slice raw sprouts finely and stirfry them bad boys. Delicious! My least favourite food this week has to be Jerusalm Artichokes. Not tried them? It’s these 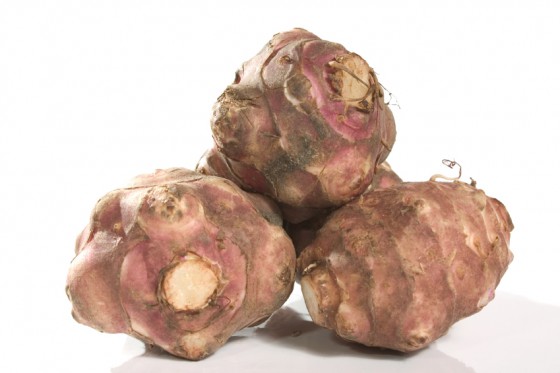 They look like nobbly potatoes, but they are actually a tuber and related to sunflowers. Ben has wanted to try them for ages, so we decided to give them a shot this week. I wish I hadn’t bothered. Firstly they were a bugger to peel. And messy. I followed a very simple Jamie Oliver recipe to cook them and I don’t know what I did but I burnt and undercooked them at the same time. Nightmare. I could only eat half of the ones I had done for myself. Which was probably a good thing as they had rather a dramatic and unpleasant effective on my digestion. Reading up about that I found they contain a substance called inulin, a synthesised version of which can be used for constipation! Yeah, if Ben wants to have them again, he’s more than welcome, but I won’t be joining him! Yowser!

I’ve also tried two new flavours of Muller Light Yogurts this week. Key Lime Pie and Peanut Caramel. I was most excited about the Peanut Caramel one, but whilst it did taste a bit nutty it was the slightly bitter flavour of raw peanuts and wasn’t actually that nice. Still, it was syn free, unlike the Key Lime Pie flavour, which whilst nice was 1 syn a pot. I’m sorry but I think there are nicer syn free flavours out there. I always feel aggrieved spending my allowance on something I could get elsewhere for free. If you know what I mean!

My favourite meal this week was a chicken soup I made from scratch. Syn free and so, so filling. It’s a tinkered with version of a Slimming World one I found online.

Top Tip: To skin a chicken drumstick, peel away a little skin from the thick end and pull it off over the bony end (use kitchen paper to help you get a good grip).

The peas mean no need for bread and make the soup both comforting and filling (due to the protein content). Perfect if you are doing an SP day or if you’ve just had a crappy day and you need a hug (hence the name!)

It supposed to serve 4, and there was a lot of it, but somehow we managed to finish the pan between the two of us. It probably was a bit much to be honest and next time I think I’ll box the remains up for lunch the next day!

So this coming week is posing the biggest challenge so far on this new journey. We’re out for dinner on Saturday, a Burns Night celebration no less. I checked out haggis and at 7 syns for 100g I think I might eschew the meat version and try the veggie option (4 syns for 100g) but it’s not the food I’m thinking about. It’s the wine. Just cos I know once I have a glass my rational head goes on holiday and my cheeky mischievous head comes in to cover. My way of dealing with this is to accept it. It’s the way it is. I don’t go out often, I don’t drink at home often, so my plan is to enjoy myself. And adjust my week accordingly. More speed foods. Limited syns. Minimise the damage as t’were. And this week I’d be happy with a maintain.

Have you got any exciting plans this weekend? Have a super week either way!