Just a quick one today. For no other reason that I’ve spent the week with, what feels like my old friend, Bronchitus. Mothers Day was a wash out, but other than that I’ve had to push my self from one thing the next somehow. That’s just what mama’s do. My appetite has been all over the place. When I’ve been hungry enough to eat, I’ve only been able to face foods I wouldn’t usually eat (Slimming World or not!) Heinz Chicken and Mushroom soup – childhood much? Hot chocolate, toast. Comfort in the extreme. Which is what you need when you’re coughing your lungs up and you’re not sleeping.

Anyway, I didn’t weigh in last night as I usually do for three reasons. One: I was still feeling pretty rough, two: it was hammering it down and I really didn’t want to walk to group in the rain and three: Oscar was being extra cuddly at bedtime last night, and didn’t want me to leave. So I stayed. And it was totally the right thing to do for all of us. And the fact that I made that choice to stay with my little guy meant I got to hear my very first unsolicited, unprompted, unexpected “I love you” from him, while we lay in the dark quiet of his room. It’s only taken four years. I’d have waited four more ??

Anyway, back to Slimming World. Yeah I decided to weigh and run this morning instead, something I’ve never done before. It meant taking Oscar in with me, but bless him he played in the toy corner like a boss and didn’t even cry when we had to leave the little Mr Potato Head behind. High Five that guy! Oh and I did this: 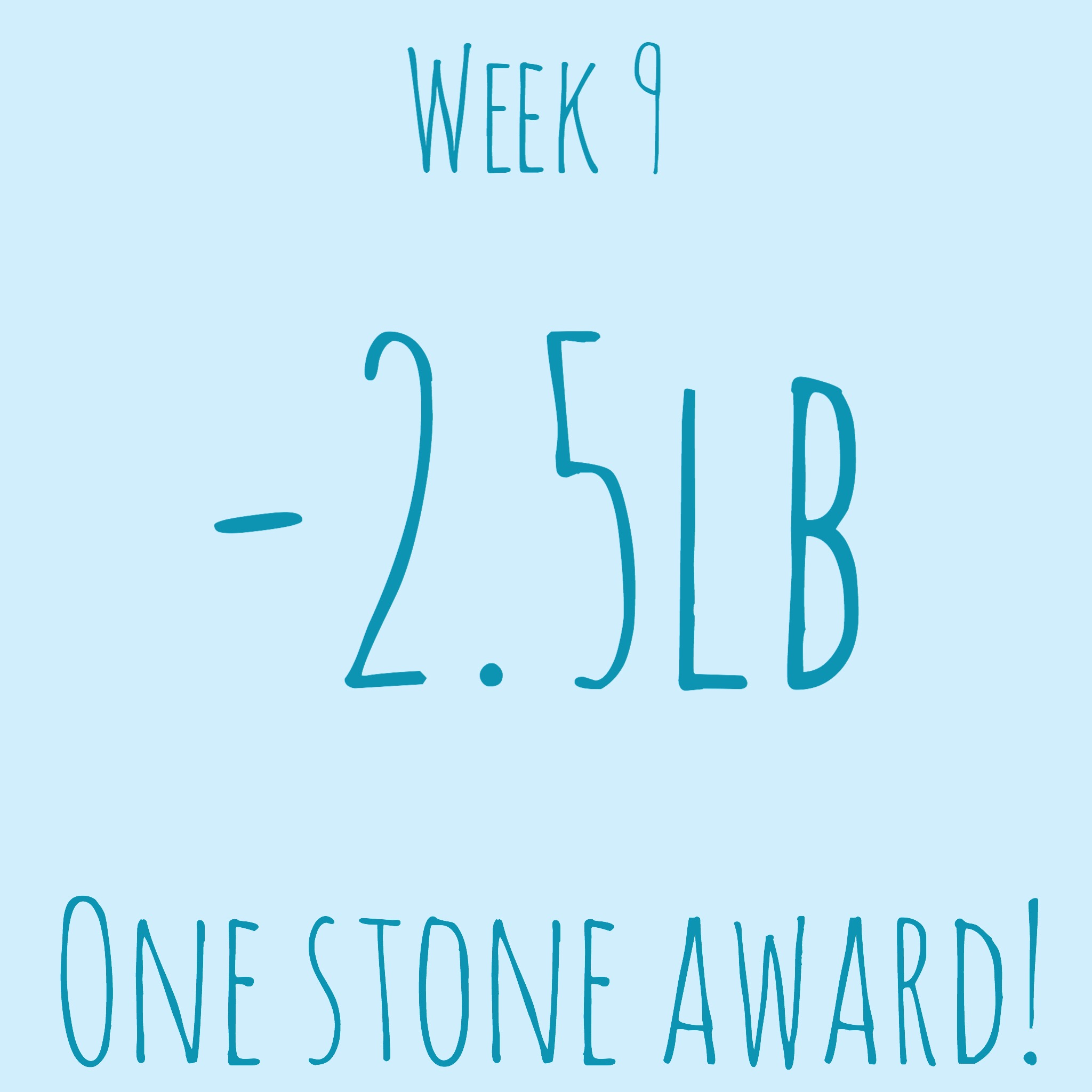 Now look, I know they say you always weigh less at a morning weigh in than you do in an evening one, but after how crappy I’ve felt all week, I’ve decided to take this and run with it. I won’t be surprised with a small gain or another maintain next week as things balance themselves out, but right now, at this moment, I’m patting myself on the back. And not just to loosen this god damn cough! Because this means I’ve lost 15lb. And that means I’ve reached my first stone! ??

As I said I’ve eaten a really weird combination of foods this week and so have no new foods or recipes to share, sorry. I wish I had felt well enough to make my own soup, but it’s not what I craved. And when you feel this shitty, you give in to what your body says. What foods to you gravatate towards when you’re feeling proper poorly? I can’t be the only one who goes back to the kitchen of their early childhood!

Hoping for a week of slightly more energy and hopefully some better food choices.