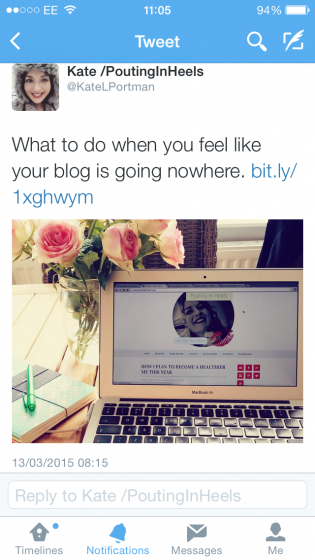 Being the stay at home parent of a child with limited speech can be so lonely. Not because of the differences you see in the children of friends or family, or how isolating it can feel when it comes to discussions of progress and development, but at home. With them. It’s a good job I’ve always talked to myself anyway.

We try, really we do, but sometimes it’s as if I’m at home all alone. Even when I’m not. I encourage him the best I can but I don’t think I’ve ever really conveyed how lonely it can be sometimes. When you’re ignored for great swathes of time, when no one answers you, when no one talks back.

It probably would be different if I worked. I would be acknowledged with much more frequency and I know I’d have less days where I question if I actually exist (although I have worked in offices where I’ve had days like that!). But I don’t work, not in the traditional sense. My energy is spent almost entirely raising my boy and getting very little feedback. Three years is a long time to spend feeling ignored. Voiceless.

It sounds crazy, but I feel less alone when I’m on my own, when there’s no one to ignore me, to not respond. I find the times he goes to preschool or that I get to go shopping on my own so refreshing. I might not talk to anyone more than I do at home, but at least in these times I’m not spending so much energy trying illicit some kind of understanding from the person I love most in all the world.

I get how frustrating it can be for a non verbal child, to never have their wants and needs understood. I know because I’ve read about it. It’s what leads to melt downs and tantrums. The best way for me as his parent, to deal with it is to remain calm. But nowhere have I read how frustrating, isolating and heartbreaking it can be for the parent of a non verbal child. How this frustration and sadness can lead to angry outbursts and terrible guilt. I’m the adult. I’m supposed to be the one who makes it all better. But who makes it better for me?

So if you think I’m too often on social media or out and about, then think about why.