It’s been a while. I know that. I’ve wanted to write. I’ve even tried to, but something is holding me back. And the longer I leave it the harder it gets.

I don’t know. It’s not like there hasn’t been stuff going on I could have written about. There’s been all sorts. It just doesn’t seem interesting enough. I don’t know, I think I’m experiencing something of a burnout. Creatively, emotionally, everythingly. I get through the day. I celebrate what I can about Oscar’s achievements, if we’re all still alive at the end of the day I class that as a success. Everything else just seems to fade into the background.

And then it gets that there’s so much I could write about, that I don’t know where to start. Like for example four days ago was my four year blogging anniversary. FOUR YEARS! I’ve celebrated every other ‘year’ milestone, but this year came and went without me really noticing. I should have at least acknowledged it. But as I hadn’t written for two months, I didn’t feel I had the right. I mean what’s that all about? I take a two month hiatus and all of a sudden my four years worth of back catalogue (that’s 352 posts if you’re interested), no longer means anything? Really?

I used to be so proud of my work, and in some respects I still am. It just doesn’t feel enough anymore. Good enough, solid enough, worthy enough. 80,000 views in four years really isn’t that much. I see new bloggers getting that in their first year, shit in their first six months if they’re savvy. What is it they say; comparison is the thief of joy? Hmmm.

So, if you wondered where I was, there you go. I was here, just having some sort of creative crisis. Putting so much pressure of myself to write brilliant posts that I write nothing at all. So do I give it up? And if I do, what’s left for just me? But if I keep going, I think I need to redefine my relationship with my blog. I never set out to be a blogger and I think that might be my problem. I care more about how things scan, and how interesting the words I write are, than how many people they’ll reach or their SEO value. because you see I think I’ve figured something out.

And if I just start writing again, perhaps I’ll find my new place, my new creative identity. I just need to pick up that pen…. 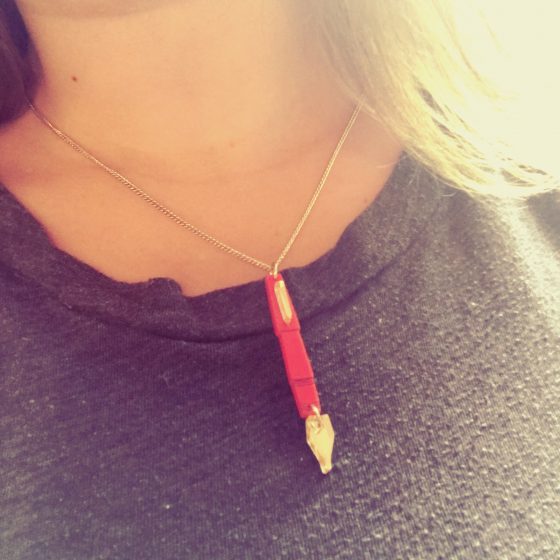