I guess it shouldn’t be a surprise that I took to blogging. That I’ve been able to record both events and emotions with such clarity for three and half years. You see I’ve had plenty of experience. As a teen I was a diary writer. Or a journal keeper, which ever you prefer. And I don’t just mean”5.30pm, drs appt“, or “17th May – Great day“. I’m talking pages and pages and pages of detailed (although thank god it’s not as detailed as it could be. Some details are best left in my mind!!!) accounts of the day, coupled with the emotional turmoil of this girl’s (and her buddies) teenage years! And I know I wrote like that because I still have the diaries. Every one of them.

I have read and reread them over the years. It’s fun. It reminds me of times when things were very different (many of the entries involve missed phone calls to the landline. Ahhh the days before mobiles!). My favourites books are the ones from 1995-1996. I was 17. I was single. I assume school was going OK, it tends to only get a cursory mention! I tend to talk about my friends, my relationships with them and what we got up to. Oh and boys. Or should I say men. As a 17 year old, I didn’t date anyone from school. I had some very close male friends in school, but really, my romantic sights were firmly set on those older than myself.

For years I would never have dreamt of sharing these diaries with anyone from school, but recently I’m feeling old enough and strong enough and far enough away to no longer give a shit. Is that maturity? Holy crap does that mean I’ve grown up? Possibly. Now instead of reading them with wistful rose tinted specs on, they make me giggle. That young girl, I know she’s me, but really some of the things she says!! Instead of dying at the thought of anyone reading them now, I can imagine getting my crew from school round and reading them aloud, while drinking wine and having a good old remember and a good old giggle. 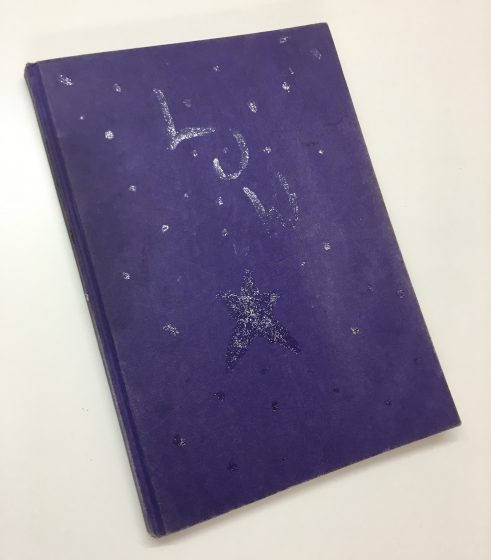 Except for one bit. One story line. For the first time ever, in all the times I’ve read it, I’m only just seeing it for what it was. And it’s making me furious.

There is a very clear theme in my journals. I was pretty desperate for a boyfriend. I don’t think that’s unusual at 17. And I never thought there was any more to it until reading the diary recently, and realising, what I was desperate for was actually someone to care about me. Someone to take care of me. To love me. And I was convinced this wouldn’t happen for me. Actually, I think I was petrified this wouldn’t happen for me. And yes before you ask, my parents are divorced. Sheesh my therapist would be having a field day with this!

Anyway that makes me sad. Sad in a “ahhh honey, hang on in there, you are worthy”. And in a “girl you are so much more than you realise, a boy isn’t going make you the person you think you should be” way. But it doesn’t make me angry. No, the thing that makes me furious, for the first time ever, is my 17 year old self’s relationship with…. lets call him Nathan. Because that’s his name.

I met Nathan in a local pub. He was nearly 10 years older than me and over the course of a few weeks I became obsessed. Yeah he was pretty, he had his own car and he was much older than me (and therefore exotic), but I’d had other crushes like that. No, this was more than a crush, Nathan blew my mind. And I never really knew why. Until I re read my diary recently. Nathan was very charming. And an accomplished liar. And very good at keeping people exactly where he wanted them. He was in Sales after all. He knew how to manipulate me. And it’s taken a much more mature pair of eyes to look back on that and realise what was going on. I was head over heels for him and he knew I was. He said things and did things that gave me hope. Hope for something real. He gave me his carphone (remember this was 1996 people!) number and insisted I call whenever I wanted to. He would call me at home and sometimes come over “after squash”. We had numerous serious conversations about how nothing could come of the relationship, then he’d kiss me and insist we still saw each other.

You see, as I later found out he was married, something he very conveniently (purposely) forgot to tell me when we met (I only actually found out months into the madness when a friend saw his cheque book). I knew there was someone in his life, because he’d told me he was living with someone and they were breaking up. And that to me was hope. There’s that hope again. Not quite, but not not.

It was all bullshit, from the start. I see that now. But the thing that makes me angry is not that I fell for it, or that I let him manipulate me. It’s not even that no one stopped it, I probably wouldn’t have listened anyway. It’s that he did it at all. I was fucking 17, you prick. What the hell were you thinking? Every entry I read about things you did or said make me want to slap you. How dare you take advantage of this beautiful girl whose only mistake was to be so desperate for love, that she let you dangle her like cat toy. That and taking 20 years to realise what the fuck went on.

I’m not sure why he did it. I’m guessing the adoration of a beautiful young girl is a huuuuuge ego boost. Maybe he was so lacking in self confidence that having a plaything like me was the way to make him feel like a big man. Who knows. I do know I was used. I also know, through the local grapevine, that his marriage didn’t last. And that doesn’t surprise me.

I still have hope. Hope that he didn’t do the same, or worse, to anyone else.

And hope that he’s ashamed of what he did.

Are you ashamed Nathan?

Because you should be. 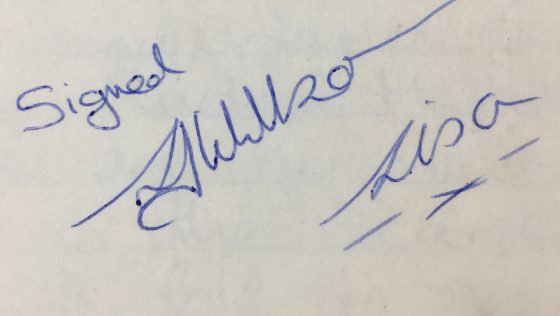