End of an era

So here I am. Sat in my favourite Haslemere haunt. My plans for today much the same as the plans I’ve had most days since Oscar started preschool 19 months ago. Drink coffee, write words, catch up on social media. You know, stuff.

But today is different. In as much as it is the same, it really is different. Today is Oscar’s last day at preschool. They are having a big party in a local park tomorrow, but as far as walking him to the scout hut, dropping him off, and walking away, to any one of the local coffee hangouts, but more likely than not Dylan’s, alone, well this is the end.

I’ve cried this morning. I honestly surprised myself. I didn’t think I’d feel just so, well, sad. But I do. Wrapping the chocolates and writing the cards for his Keyworker and TA was hard. I guess that’s what happens when you leave these things to the last minute (typical me)! 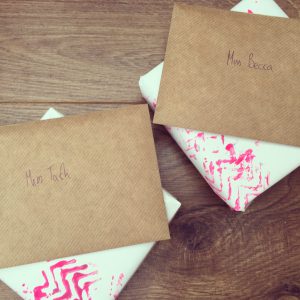 He felt it. Of course he did, he always does. He picks up emotions in the air like the smell of freshly baked bread. And it affects him. He cried and told me he was “sad”. That he was “crying from my eyes”. But he couldn’t tell me why. He doesn’t understand that he won’t be going back to his nursery again, and I don’t really know how to make him understand. I’ve all sorts of exprience of preparing him for things that are coming up, that are yet to be, but no idea how to explain the things that won’t be anymore.

The walk to preschool was harder than usual, but he ran in just as happy as ever. I feel like I should give him that. One last day when it’s all ok, all the same. Maybe I’ll regret not trying to prep him better somewhere down the line, but at the moment, for who he is now and what I know about him, this is the right way.

Myself, I thought I was prepared. I’ve been counting down the weeks, for weeks. And now here I am. And all that prep has made no difference. Because as much as it’s his last day, it’s kind of my last day too. The end of an era, the end of my routine. I will never be a preschool mum again. And while that is my choice, and a choice I still stand by, I didn’t realise it how sad it would make me feel. How lonely.

But I owe it to him to focus on the positive. So happy last day at preschool my beautiful boy. Let’s concentrate on the fun we’ll have this summer and the awesome school you’re starting in September. And mummy promises not to let you see her cry. 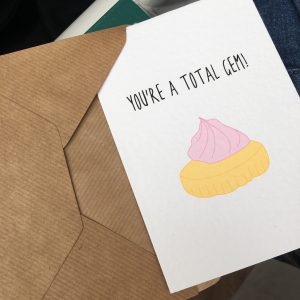