Sometimes I get jealous. I look at the world and I see the mothers with one, two, three, Jesus, seven children without a disability or a condition between them and I am jealous. I ache when I think of the injustice. It’s not fair. I only want, only ever wanted one child. One little dude to have adventures with, to sing songs and do silly things and run in parks and teach and be told stories by and play imagination games and dress up with and…. the list goes on.

Sometimes I am so angry that this is my life. That this is the path I have not chosen yet it’s the one I’m walking. How is that fair? When I look at the beautiful families and their myriad of children who will never be given labels, who will never be the odd ones out, who will never know what it is to go through life born into a world that just doesn’t get them. These children will just be ‘got’ and it makes me weep.

Just one. Was it too much to ask? One perfect child. One who doesn’t scream at any given thing, one who can understand spoken instructions, one who has a sense of when to stop, one I don’t have to teach each and every god damn thing with pictures and laminate and Velcro and all the hidden worry because God forbid I should cry in front of him. Even though I sometimes do, and then I instantly regret it for the fury it evokes in him.

Then something happens to redress my perception of fair. Of what is cruel in this life.

And I ache a little less and I rage a little less. I did not want this life. But I have life. I have the child I longed for, despite his differences to me. I am here. He is here.

It seems injustice stalks all our beings, and does not discriminate. 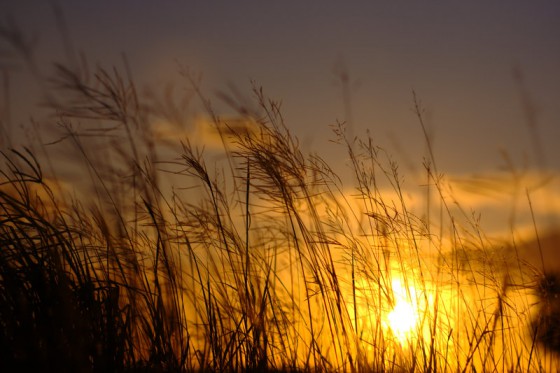 I love Christmas. And I’m not just talking about the day itself. No I love the run up. Sometimes I think I prefer the run up. Receiving presents isn’t the big thing it once was for me. I guess that comes with age and having a child! No, its the festivities that come with the season that make my heart happy. I’ve written before about how much I enjoy the traditions and excitement of Christmas. You can read that here if you haven’t already. And this year is no different. I’ve already got Christmas tunes on and I’ve been burning my Christmas scented candle for weeks already. Good job it’s a biggun – it wouldn’t last until the end of November if it wasn’t!

One of the things I love about this time of year is shopping. No, I haven’t gone mad. I’m not talking about fighting other parents at the door of Toy R Us for the years ‘must have’ toy. To be honest I do most of my Christmas shopping online these days and have done for years. It usually works really well for me – except in 2010 when my beautiful organic Bronze turkey got snowed in and nearly didn’t make it in time – ooo just thinking about that makes me hold my breath! However, that being said, I love and I mean love a good Christmas Fayre. I love the chance to have a mooch about, discovering independent and often local retailers and although I can’t say hand on heart I shop exclusively local/independent it is something I’m trying to do more off. There’s nothing nicer than spending a morning wandering around to the sounds of Christmas tunes with the wafting scent of cinnamon and if you’re lucky mulled wine! One of my favourite local ones is at Secretts in Milford and the Haslemere Market is great fun (if a little chilly). If you’re nearby I’d urge you them to check both out.

This time last year I saw the advert for the mother of all Christmas Fairs, The Spirit Of Christmas Fair, held at Olympia. I knew back then I wanted to go and that my friend Helen, who’s more bonkers about the festive season than I am, would also love it. Trouble is Hels lives in Plymouth, a long old way from Olympia! So when she suggested she come and visit me this month I bought us tickets as her Christmas present. Which is how we found ourselves, without our children, on the 8.30 train, whizzing towards London.

The fair was everything we both hoped it would be. The stall by the door had wreaths and decorations made with a heady mixture of orange and cinnamon and cleverly put you in the mood as soon as you walked in. We decided to walk around the edge and then up and down the rows, which we attempted, but there were just so many glittering things to drag the eye sideways! We spent 7 hours there, with a short 15 min break for lunch, but not once did I feel bored or like I’d had enough. It was busy, don’t get me wrong, but not so as it ever felt claustrophobic, which is probably because Olympia is so huge!

There was everything you could imagine from art to tea towels and firepits to tweed. And candles, so many candles! I had something of a celeb moment when we happened across Richard E Grant manning the stall selling his own fragrance, Jack. He was lovely enough to give us a sample and pose for a photo with me with all the gentlemanly grace you’d expect from him. I have to say I was a little star struck; Withnail and I is one of Ben and my favourite films. I walked away a little shaky and grinning like a Cheshire Cat. Helen on the other hand was unmoved, asking who he was again!

Other than celeb spotting, I was actually looking for a bauble for this year’s tree (something I do each year) and whilst I didn’t find what I was looking for (despite the thousands of baubles I saw) I did get several Christmas decorations.

The second floor of the fair was devoted to food and this was the bit I was worried about the most. I know it was going to take some will power to avoid all the tasters that I knew would be on offer. And for the most part I did. Who knew there could be so much cheese in one room! I tasted free foods like turkey and smoked salmon and avoided the spirits. Helen got herself some unusual charcoal flavoured cheese, some Black Bomber Cheddar and some beautiful garlic jam. I also bought myself a couple of foodie treats:

One of the best parts of the day was also food based. We managed to get spaces on the free biscuit decorating workshop run by the Biscuiteers. They provided five biscuits and everything we could need to create our own little Christmas masterpieces. It was just so much fun!

We arrived home laden with our goodies and full of Christmas cheer. The aching thigh muscles didn’t start until the next day 😉 I would absolutely go again, particularly if I could go with such a dedicated follower of Christmas as my mate Helen.

I was not paid to write this post and I paid for both our tickets with my own hard earned cash. I did get a sneaky £1 off my lights, but I think that was because it was the end of the day and the guy just wanted me to stop talking to him 😉