Oscar’s Autism meant that he didn’t start using language in any meaningful way until he was 3 and a half. And yet every day since then it seems like he learns another word, grasps another concept, answers another question. For me it’s thrilling. Only last night did he described his book case as a “library”! Asking for things has also been slow to arrive. We focused for the longest time on getting him to express his needs, which he still sometimes struggles with to be honest. So you can imagine, asking for things he wants, verbally, hasn’t been high up on his agenda. Until recently. Suddenly he can tell me when he’s hungry and two weeks ago he told me he wanted a bike. And when your child, who has only just (at four and a half) learnt to sit for long enough in order to learn to pedal, asks you, with words, for a bike, you start looking for a bike. Believe me.

If you follow me on Facebook you’ll have seen I asked my lovely readers where they’d recommend when looking for a first bike, particularly one that was good quality but also value for money. The answer from almost everyone who joined the discussion was Halfords. To be honest I’d completely forgotten Halfords did bikes but I had so many recommendations for them, I couldn’t not check them out online. I had no idea how much a child’s bike cost. Looking around the internet it would appear you can happily pay whatever you like. Bikes are one of those things I think. So I was pleasantly surprised to find the ones at Halfords weren’t crazy expensive. 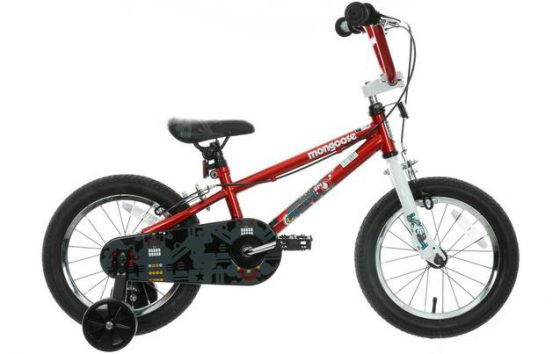 Now I don’t know about you, but I love a bargain. I’m the kind of person that takes great pride in finding something I want in the sale. However, I’ve never really got involved with the whole Black Friday thing. The images of people trampling each other to get a cheap telly always left me cold. There’s no bargain on Earth worth that kind of behaviour. But then I saw that, this year, Halfords are having an online Black Friday sale on 25th November. Not a trampling in sight. They are discounting things every day until the main event on 25th and I’m keeping my eyes on the site but I think I’m going to wait for the biggie, the main event on 25th, to be in with a chance of a really decent discount.

Now I love a bargain, but what’s a bigger bargain than free? Alongside their Black Friday discounts Halfords are also running a Black Friday Giveaway. You can enter any time up until 22nd November to be in with a chance of winning one of three prizes of either £2000, £1000 or £500 worth of Halfords goods. That’s a lot of Christmas pressies right there! I’ve put a link to the Halfords Black Friday Giveaway page in the image below.

I’ve entered. And you’ve got until 22nd to do the same! Good luck!

Right, back to looking at bikes. I only hope Oscar doesn’t ask for anything more expensive. Like his own private jet or a Ferrari. If he asked me with words, I’d probably get it for him!