I wasn’t going to write today. It’s way into the boy’s nap. I might not get a chance to finish before he wakes up. I’m cream crackered from this morning’s “run around the leisure centre whilst attempting to keep my toddler safe” session and I just wasn’t feeling it.

So I grabbed myself a chocolate Options drink and had a quiet sit. My head started automatically coming up with things to write about, but I kept batting them away. I started looking at the beautiful roses Ben bought me for Valentine’s day last week. They’ve really opened out in the last few days and I started thinking how gorgeous they are and how lucky I am to have received them.

And that got me thinking about Ben. And then I knew I had to write.

We met when we were both 19 years old. Cast your mind back to the summer of 1998. What were you doing? I had just finished my first year of University in London and had come home for a month to see my friends and to help my mum move house. I had a summer job back in London and was due to go back at the beginning of July. I had split up with (aka dumped) my long term boyfriend on Valentines Day in the February just gone, so was single and happy being so. After I’d been home a few days (in which my ex kindly told me “I’d take you back you know” to which I replied something along the lines of “no thanks” – gosh wasn’t I polite? What I meant to say was “no fear, you mentalist”!) I was invited to go to a local pub with a friend to watch the England vs Tunisia game of the World Cup. I’m not, nor ever was, a football fan, but any reason to go to the pub right?!

We watched the game and got to chatting (see, talking during a footie match – I’d never make a proper fan). We must have got to talking about boys, because I remember distinctly telling my mate Katherine, that I fancied “that sexy barman”. To which she laughed and laughed and said What Ben? Turned out they were mates and she’d talked to me about him many times. Only I’d got him confused in my head with someone else, so I believed Ben to be short, stocky and dark haired, when in fact he was tall, lean and blonde. And just beautiful. Katherine hailed him over when he went on a break and he came and sat with us for a smoke (yep it was THAT long ago you could still smoke indoors!) Katherine motioned to me and said something along the lines of “what do you think of Lisa then, isn’t she lovely?” I don’t know the exact words she used, all I know is I had never kicked anyone under a table before that day – or since come to think about it. I smiled at Ben as Katherine toppled sideways in pain. Ha! How embarrassing!

Turned out Ben agreed and when I returned to the pub that evening, we sat and chatted all evening. He was the same age as me (same year at a different school) but had done three years of A’Levels as opposed to my two. He was planning to go to UWE in Bristol come September to study Psychology. We talked about books and films and other nonsense teenagers are interested in. I recall I drank a lot of Carling (which is weird as that was never my drink of choice) and he smoked all my cigarettes. I found out that we had loads of mutual friends. How we’d never met before then, I still don’t know. I like to think it’s because we weren’t ready to 🙂 .

So anyway I’ll blur over the rest of that evening. Yes, yes I stayed over at his. So sue me. I was young, free and single and was looking to make up for two years I’d spent in a crappy relationship! However, I knew I was in trouble, when I woke (after approx an hours sleep) and found Ben had his arm wrapped round me. I told him I was about to turn and face him and to be braced for a full on Alice Cooper impression, having not taken my make up off the night before. I turned and he just said “you’re beautiful”. Uh oh. This guy’s wonderful. How did that happen? Eek!

I practically skipped (literally – I was actually doing little jumps all the way through Pathfields) to the local shops, where I bumped into my friend Rosie, out buying supplies for her jaunt to Glastonbury. She eyed me suspiciously and asked what I was doing out so early in the morning. I just grinned 😉 .

I was smitten, but I knew I had to go back to London in a month, so promised myself I wouldn’t let this become more than it could ever be. But destiny wasn’t going to stand for any of my nonsense. I went back to London, then spent the summer swapping my days off round so I had the time to travel back to Plymouth to see Ben. At the end of the summer, he got his A’level results and was unceremoniously turned down by UWE, only to be accept by UEL – University of East London. He was coming to London! The opposite end to me, but what’s a travel card and an hour on the District Line in the face of true love?

And that was that. We spent a year travelling across London to see each other, then I left uni and moved into his student house in Stratford. Another two years, he graduated and we rented our own place in Colliers Wood. Five more years and we moved to Surbiton and within six months we were engaged. We got married in 2008, the day before our 10 year anniversary. In 2012, we had Oscar. This year we’ll have been married 6 years and together 16.

There have been so many ups and downs along the way. Excitement and boredom. Fun and tears. Dizzying happiness and gut wrenching sadness. And nothing’s put more pressure on us as people or a couple than having a baby! But we’re still here, still making it work, every day.

And then last Friday, for the first time in nearly 16 years, Ben surprised me with red roses, delivered, on Valentine’s Day.

And so I just wanted to say I love you Ben and thank you.

For a life lived together, side by side. 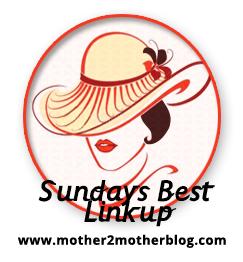