So it’s a day late (so sorry Elfa) but here’s is this month’s Monday Melfie post.

The first pictures were taken all thought out January, with a real effort taken to remember to include myself in our digital records! The middle one is my favourite as it shows Oscar walking around holding my hand. This is a really big step for him and this trip to the farmers market was an absolute triumph because of it. 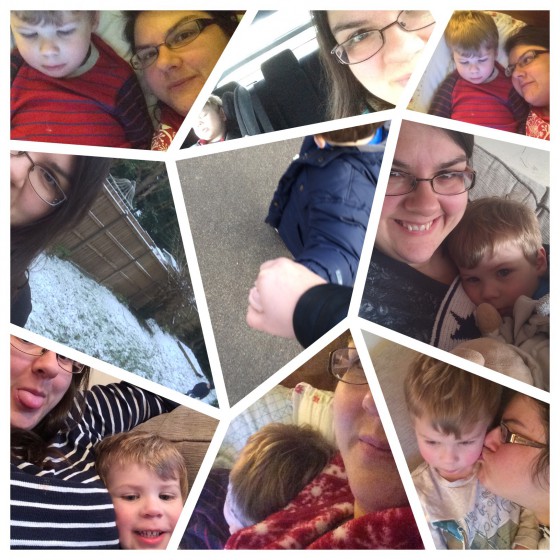 This is second picture is really special to me. We took the sides off Oscar’s cot over Christmas and ever since he’s refused to nap in his bed as he did is his cot. I knew this might be the case and was totally prepared for it. What I wasn’t prepared for, was that over the last month he would take to having his nap on the sofa, or more to the point on me. It’s something he hasn’t done since he was a tiny baby. Yes, it means I don’t get as much done as when he napped in his cot, but I wouldnt change it for the world. He’s growing up so fast (he turns three in 8 weeks) and how much longer will he choose to sleep cwtched up on his mama? So I’m making the most of each and every time. Knowing each and every time could be the last. 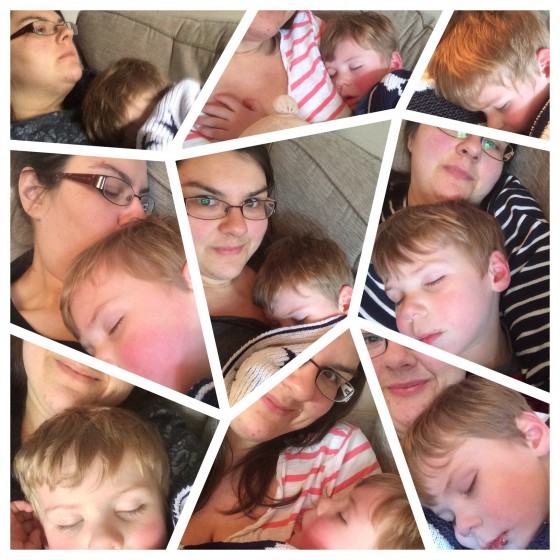 Im joining in the #monthlymondaymelfie run by the lovely Elfa over at Californian Mum in London.

Since having Oscar I take more photos than I ever thought possible. I know I do. Some of them are nice, some are pointless, some capturing beautiful light, others Instagrammed to within an inch of their lives. Our days are digitally captured, often shared and I wont apologise for that. But it didn’t used to be like that. Before I had Oscar, and until relatively recently, I hated how I looked. As such I avoided the camera as much as I could. I took photos of others and that was enough for me. In the photos I did end up in, I often look awkward and clearly unhappy about the situation. That didn’t really start to change until I started to lose weight, meaning I have very few pictures of me with my tiny baby. It’s such a shame, that I realised too late how much these pictures would mean to me, once he’d grown. Don’t get me wrong I have heaps of him, just very few of us. And I don’t think that’s so unusual for mothers. We work hard to capture our children’s lives, but sometimes forget to capture how we are part of those lives.

So when the lovely Californian Mum launched new linky, I just had to join. Elfa described just how few pictures she was finding herself in with her children and I could totally relate. To try and rectify this she has launched the Monthly Monday Melfie (Melfie = Mum Selfie). You can read the original post here. This linky will take place on the first Monday of each month, and will run for three days. It can be one picture, or several. Just as long as the parent or child in the photo has taken it. So here is my first installment – a catch up from the beginning to now. I hope you enjoy!

So my plan for the coming month is to try and get myself into more of our pictures. I’ll let you know how it goes!