Do you keep momentos? Of times, of events, of places? I do. Not masses. At least when I began keeping things it wasn’t masses. But it all adds up doesn’t it. And here I am, staring down the barrel of 40 and suddenly wondering why I have kept the cuttings I had on my wall at 17 and the t-shirt everyone signed when I got made redundant at 26. I’m not a hoarder by any stretch of the imagination, but some of the things I devote my space to would, I’m pretty sure, make most people raise an eyebrow.

I don’t have a big house (have I mentioned that before 😉 ). But I am devoting at least some of this, frankly non existent space, to things that rarely get looked at and have no practical purpose. Which can only lead to me deduce that they have some emotional purpose. Some reason that I choose to let them reside still. Not to let them go.

I’m not one for knick-knacks. I have few ornaments on show or photos on the wall (beyond beautiful ones of my son). So what compels me to keep a corner of my office full of boxes devoted to my youth. Is it a tangible reminder of just that? That once I was young? Or is it proof that not all of my teenage years were horrendous? That loyalty and happiness and love existed? Or is it proof that any of it happened at all? Who am I proving it to? Surely not me. After all I was there! Or perhaps it’s some form of security blanket, fashioned out of ephemera. One I know I can go to, should I need a quick fix. A fix of what though, that is the question? What does any of it mean?

And what would it mean to get rid of it?

Let’s just think about that for a minute. What would it mean to take the stuff, the theatre programmes, the tickets, the clippings, the useless bits and bobs that would mean jack to literally anyone else and just bin it? Anything?

I watched the film The World’s End the other day (easy watching fun for fans of Simon Pegg/Ed Wright collaborations). The protagonist cannot move on from the happiest time of his life, so much so that he still drives the same car and wears the same clothes twenty years on. Don’t get me wrong I’m not saying my situation is quite the same, but the idea of hanging onto tangible items in this way really struck a chord with me. As did the idea that living this way, can hold you back from moving forward and living your life now.

I once ate a peach, that was the juiciest, ripest, most delicious peach I’ve ever had. I’ve tried to find its likeness for years but to no avail. The fact that this peach of dreams was eaten on on our honeymoon, on the Greek island of Lesbos, was probably harvested from a tree two minutes down the road and was eaten in the sun, while relaxing, well….. How can any future peach measure up?

I guess what I’m just coming to realise is when you view the past through the tinted rear view mirrors of time (which can only grow rosier the further away you get), how will any subsequent time in your life measure up? Perhaps precious memories, need only to be that. Not a crutch, not a yardstick, not something to aspire to.

And definitely not a box of bits kept in an office at the end of the garden. 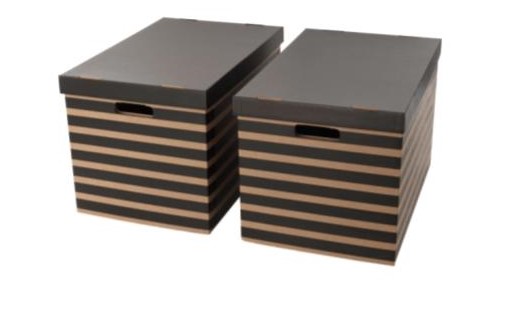