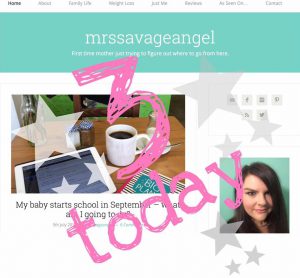 When I registered for a free WordPress account three years ago (three years ago last Thursday as it goes), I had no idea that I’d write more than a couple of blog posts. To be brutally honest I wasn’t sure I’d even write one. So believe me when I say I had absolutely NO idea that I’d still be writing three years later. Seriously, I’ve been in most jobs less time. And it’s not like I’m a young thing, who’s only ever had one job. I’m 37!

It’s safe to say I’ve surprised myself, both with my commitment to blogging and with some of the stuff I’ve actually written! But the thing that baffles me even more is just how much other people have come along for the ride. That anyone chose to read the words that have poured, often uncensored, out of my head amazed me. But that these same people kept coming back and giving me such crazy good feedback? Well, three years on and it still hasn’t gotten old.

I wont lie, blogging can be hard work. Coming up with actual words to say can sometimes be painful. And getting your stuff out there and in front of people who actually want to read it can sometimes feel like wading through treacle. But despite all this, at no point in three years have I ever thought of jacking it all in. Hand on heart I haven’t. Because the support I get from this space is too precious to give up. It gives me so much positivity, in a life and a world that needs as much of it as possible.

Rather than do a serious ‘What I’ve learnt in three years of blogging’ post or a worthy ‘My dos and don’ts of blogging (which, by the way, should always be taken with a huge pinch of salt!), I decided to make this a celebration. A celebration of mrssavageangel – gawd love her – and my favourite moments from her past three years!

The first blogging event I ever went to was the Beni Girls Bash at Benihana in Chelsea. I met so many wonderful people and learnt so much, including how bloggers always photograph food before eating it (something I am STILL rubbish at remembering to do ðŸ˜†).  It was the first time I ever felt like a ‘real’ blogger (whatever one of those is ðŸ˜‚) and as it was also my first real review, it’ll always hold a special place in my heart.

Not such a Fat Face

Such a sweet little post, that I only wrote simply because it felt too full of emotion to put in a status update. The reaction it got was fantastic. It made me realise how much more I’d achieved in my weight loss journey than perhaps I’d previously accepted.

I wrote about my experience at #BML16 a few weeks ago. I met some wonderful people but in reality one of the things I was most proud of was my badge. I know that sounds strange, but it had my name, my blog name and the word BLOGGER on it. I got to look at it and say ‘that’s me!’ â˜ºï¸

After 18 months worth of posts it finally felt like blogging was something that was going to be hanging around and so I decided to go self hosted. Funnily enough mrssavageangel.com as a domain name was still up for grabs ðŸ˜‚! Going self hosted was so technically daunting, but thankfully I married a pro-nerd and what’s the point of marrying a developer if they can’t build you a website when you need one? The beautifully slick operation behind mrssavageangel.com is largely due to him! Thank you Ben!

If anything exemplifies the power of writing from the heart, it’s that To be Honest.. is my most read post of all time. It was hard to write. So hard in fact it was causing something of a mental blockage. But once it was out there, it allowed me to be honest about who we are as a family and to start the process of coming to terms with Oscar’s Autism diagnosis.

I love this one. It was an off the cuff post, dashed off while Oscar slept. I desperately wanted to capture the feeling of the moment I realised he was growing up and how fast time was spinning away from us. I once heard a quote along the lines of “Any jester can make people laugh, but to make them cry? Ahhh, now that’s a skill.” Many people have told me this post made them cry. 😉

I have been unbelievably lucky to only ever attract lovely people to my writing. I’m not naive and know this might not always be the case, but for now it is and for that I’m so grateful. However, the thing that really blows my socks off is whenever I receive a private message from someone telling me that something I’ve written has helped them. Either with weight loss, autism, parenting or just in life, anytime someone tells me something I’ve had to say has touched them, well I can’t explain how humbling and gratifying it is all at once. It’s taught me that we all have a capacity to help others and that no one’s experience is invalid. And for that I’ll always be eternally grateful.

So on the occasion of mrssavageangel.com’s third birthday I’d  like to say Thank You, both to her and to you. You’ve both given me more than I could ever explain. 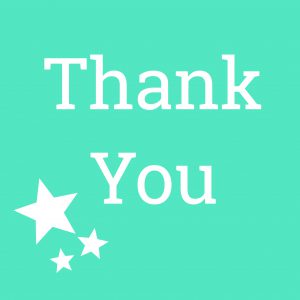