I’m sat here. I’m trying I get some work done, a bit of writing in the hour or so I have left before I need to collect Oscar from preschool. Because I have nowhere comfortable to work at home and because the walk to preschool and back doesn’t make going home worth it, I’m in a local coffee shop. Who am I kidding I’m in the ice cream shop. And doing what I do every week.

When I came in the place was empty, but a group of three obviously very new mothers have just come in. They’re probably NCT or antenatal group friends. I remember doing something similar when I had just had Oscar. They chat excitedly about sleep and feeding and house prices (well this is Surrey after all). The pride in their little ones and their new status as mamas clear. And it makes me sigh.

I remember bits about Oscar being this small. I remember going for coffee and being able to drink a whole cup with my girls without Oscar making a noise. I remember the excited chattering about how much sleep we’d had, the latest things our babies had done and about this whole new world we were just starting discovering.

But I also remember how hard it was. The panic in all of our eyes when we were unsure of what was going on (which was much of the time), the lack of sleep, the fear, the dread that we, that I, was getting it all, all wrong.

I remember mothers, experienced mothers, telling me to enjoy how portable my baby was at that age. I just remember thinking they were barmy! Thinking ‘look how much stuff he needs. How is this portable?’ But they were right. He was. I could just pick him up (along with a bulging changing bag) and just go. Anywhere.

I’m sat here listening to these women (one of who has pretty impressive mascara on, and coordinated clothes! Who is this super woman?) and I want to tell them. Yell at them, to enjoy this time. Tell them that whatever they’re doing they’re NOT doing it wrong and to just enjoy it. Enjoy the meet ups, relax in the company of other new mamas and bask in the ignorance of what’s to come. I think perhaps that’s what I miss the most. The ignorance of how hard this journey was going to be.

I could, but I won’t. They wouldn’t listen even if I did. Why would they? I didn’t.

They say first time motherhood, when you have nothing to do but love and look after your baby is wasted on the scared, fearful and unconfident first time mother and there is truth in those words.

So here’s my plea to you. Mama’s enjoy your babies, because they won’t be babies for long. 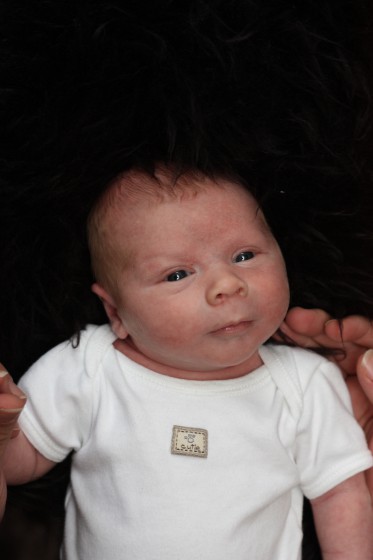 I’ve never been a hoarder. Ever since I left home at 18, with my life packed up in my boyfriend’s Citroen AX, I’ve been acutely aware of keeping what I need and moving on what I don’t. I moved house a lot in my 20’s, which only served to reinforce my brutal approach to clutter (you try moving house, across London, on the Tube with only two large rucksacks and a boyfriend for help and then tell me you have to keep that pair of jeans you never wear or that frog ornament you never liked.)

Since having Oscar I’ve become ultra efficient at moving stuff on, for two reasons. One is that children out grow EVERYTHING very quickly. Not just clothes, which they can speed through quicker than you can say “this season’s JoJo catalogue” but also toys, books, equipment, furniture. You name it, they use it and grow out of it. The other is that we live in a tiny cottage. We have two bedrooms, one of which is a loft extension, meaning storage is at a premium (our “loft” consists of three small cupboards in the eaves of Oscar’s bedroom). These things combined mean I have little option other than to constantly move things on. You simply couldn’t live in this house, with a child and not be a ruthless declutterer.

But do you know? I love doing it!

I get a real thrill from seeing things I no longer have use or space for, being given a new home and a second lease of life, while I get a little money in my back pocket. I have several ways in which I do it:

I love eBay. Yes I know it has its issues and not everyone wants to pay the fees they charge, but as platform for selling to as wide an audience as possible it’s hard to beat. I’ve been selling on eBay since 2009, when I moved to Swansea, with no job and time on my hands. Because that’s really what selling on eBay requires, a bit of time. I still regularly put things on eBay, although with the cost of postage going up and up I am finding it less and less appealing for children’s clothes. People just aren’t prepared to pay more than a couple of pounds for an item they then have to pay £3 or £4 postage for. I still sell adult clothes with some success but for children’s clothes I have started to favour Facebook.

You can advertise your items in your own News Feed, if you think you have friends who might want what you have but I’ve found the best way to sell through Facebook, is to join a local buying and selling group. I’ve joined several community groups, aimed specifically at buying and selling childrens items. These groups are all voluntarily run and the good ones are run really well. They enable other members (usually people local to you) to see the items you are selling and contact you directly about buying and collecting them. I’ve become much more keen on using this method for Oscar’s things as they charge no fees and buyers seem happier to pay a little more for each item as there is no postage cost.

I don’t know about your local area but we have a really active NCT branch where I live. They do all sorts for local parents, but being a charity have to fund their work themselves. One of the biggest ways in which they do this, is their bi-annual Nearly New Sales. This is a mammoth feat of organisation, but results in a super opportunity to buy really decent quality second hand items. I’ve been attending our local sale since I was 8 months pregnant with Oscar, first as a buyer, then as a volunteer. I also tried my hand at selling last year. The sales offer an opportunity to sell items for you (no manning a stall needed) and the fees charged go to a local charity rather than a massive corporation. However, preparing items for sale can be rather time consuming, particularly if these items don’t sell. I had better luck selling equipment and toys rather than clothes here. I think I’ve learnt you have to make a decision at sales like this. Do you want to make money or space in your house? I know one of our most successful sellers sells large quantities, but at 50p an item. So you need to ask yourself, why are you selling your items, before pricing them up.

I tend to donate things only when I’ve tried and failed to sell them or if they were given to me in the first place. All things donated really need to be in good condition – which some people forget. I used to work for a charity that had a shop. I have sorted many a bag of generous donations, but I am telling you now, if you wouldn’t sell it because it’s torn, stained or unwearable, then charity shops can’t sell it either! If they’re switched on then these shops will be able to recycle these items, but, seriously people, think before you donate!

I’ve taken clothes to recycle banks (like bottle banks but for clothes), but I’ve only ever used paid recycling when I worked at the shop. There are more and more companies springing up that collect clothing and pay a small amount for it per kilo. I have never had enough at one time to make this worth me doing, but my Mother in Law had a proper clear out recently and managed to make £11 at 50p per kilo! If you’ve got heavy adult items (or perhaps just lots and lots of children who have trashed clothes you can’t sell any other way) I guess this might be worth a look.

There are lots of other ways, including various online swapping, selling or giving sites I’ve tried but had little luck with. I have also never tried a car boot, yard or jumble sale, again because I’ve never had enough all at once to make it worth while, but I’d be willing to give it a go if I did. I’m happy to move most things on, in any number of different ways. But despite this being the case, I can assure you, I don’t lack sentiment.

In my wardrobe I have a tote bag filled to the brim with pieces that mean something to me, all that bring back a memory of Oscar’s life. I have the 0-3 Month baby grow we were going to bring him home in, the (second hand newborn size) babygrow we actually did, the outfit from his Pleased to Meet You baby party, his first rattle, his first shoes, his first pair of jeans, the list goes on. Occasionally I take them out and look at them. I remember, when I’ve forgotten, just how tiny he was and I smile.

Yes I’m a ruthless declutterer, yes I get a thrill out of selling our stuff, but there are some things I would never sell.

Not for all the tea in China.