It’s no secret that I’m ‘done at one’. I only ever wanted one child, but I fully expected to enjoy that one pregnancy. But for the most part I didn’t. I just can’t relate to my friends who tell me how much they miss being pregnant, or posts listing the great things about pregnancy. So I decided to compile my own list; things I don’t miss about about being pregnant. Enjoy! 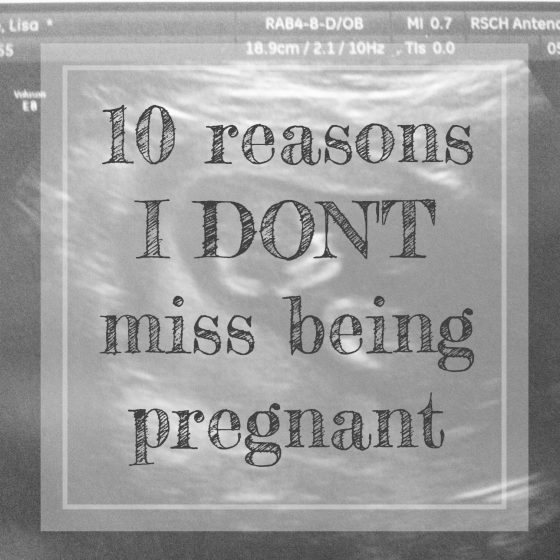 Or more specifically the waiting room at the RSCH Antenatal Clinic. As I was under a consultant throughout my pregnancy, I had to attend her clinic at the hospital for regular scans. This in itself was OK (although it was a feat of logistical engineering to ensure both Ben and I had the time off every time). The thing that drove me bonkers was the waiting. I never once had a scan on time. One time we were even forgotten, and waited over three hours!

2 Not sleeping on my front.

I sleep on my front. Always have. But being pregnant meant I was told not to, by a physio, from 12 weeks. Trouble was I couldn’t get comfy for love nor money and so I slept badly from much earlier on than maybe I should have. If I knew how much it would affect me I’d have continued to sleep on my front until I physically couldn’t manage it any more!

I know everyone’s boobs change when they’re pregnant, but I don’t know anyone else who went through months of daily excruciating boob pain, before they had the baby. I would wake up in agony some nights and many times it was so painful I had to go and sit downstairs to cry so I didn’t wake Ben. It was a like someone was pushing a sword through my boobs, from my nipple to my ribs, on both sides. The pain would come on suddenly and last varying amounts of time, and finish just as suddenly. It didn’t subside until I was well into my 3rd trimester. None of the doctors or midwives had a clue what was causing the pain and nothing I did seemed to help!

I read about your eyes changing shape during pregnancy, but I didn’t expect it to mean I couldn’t wear my contact lenses any more. But it did. They were so uncomfortable from about five months I couldn’t even wear them for short periods of time. Hence why I had to wear glasses while being my sister’s bridesmaid, something I would never have done otherwise!

I mean seriously, what is the point? I continued to have one full fat caffeinated coffee a day, throughout my pregnancy, and spent the rest of the day drinking insipid decaf and quietly resenting every mouthful! 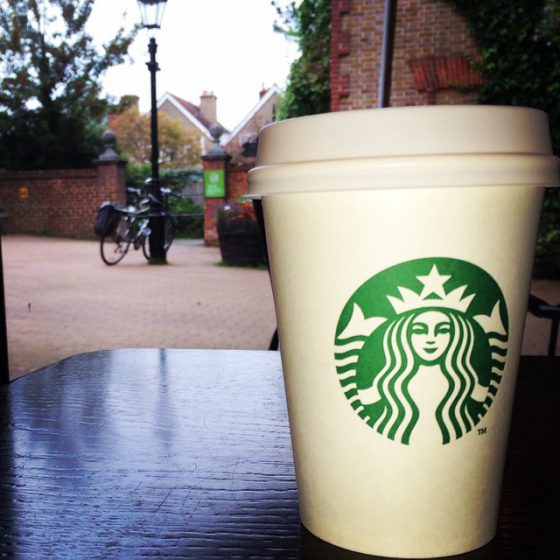 To be honest my tastes changed quite a bit during my pregnancy. I didn’t want my favourite Diet Coke and the amount I could eat reduced significantly. It was all OK, I just hated having to think about what I could or couldn’t or should or shouldn’t eat, all the time. And as the guidance as to what is acceptable for pregnant women to ingest keeps changing, mothers of older children felt the need to tell me all the time what they ate and drank and how it did them no harm! Whatever! I did stick to the ‘rules’ for the most part, although there was no way I was eating well done steak or over cooked eggs!

I spent most of my third trimester in deep discomfort, not least because I developed Carpel Tunnel Syndrome in my wrists. It was worst in my left hand and some mornings I’d wake up to no feeling in my hand at all. Physio and a splint did jack to lessen the pain and it didn’t ease until he was born.

Sleep is a precious commodity now I have a child but that started waaaay before he was born. I slept so badly throughout my pregnancy and one of the other reasons for that was Oscar’s love of a good boogie at 4am. Always bloody 4am! I called it the Macarena Hour (and if you’re too young to know what the Macarena is, I hate you).

I cannot remember ever wearing non wired bras. I mean I probably did for about five minutes in my early teens, but I’ve needed the support of a wired bra since puberty. I hated wearing non wired bras. I just don’t have the er.. ‘shape’ for it and despite investing in the very best (by Hot Milk) and having a proper fitting, I still hated the shape and the feeling of the gave me. I started wearing non wired from 16 weeks and do you know, I think I could have worn wired for so much longer. I’d have been more comfortable that’s for sure! As soon as it transpired Oscar was not going to latch and breastfeeding wasn’t going to be for us I was straight back into the wired bras and my ladies breathed an uplifted sigh of relief!!

A plus size pregnancy can come with all sorts of additional challenges. Just like any pregnancy, things can get complicated. I mean mine didn’t. Until the end of the third trimester mine was pretty much standard and no more or less challenging than anyone else’s. However, I was looked at and talked to differently. I know I was. Assumptions were openly made about what would happen in my pregnancy, none of which did. I didn’t get diabetes, I didn’t have a huge baby. I don’t miss the patronising generalisations that were made about my ability to carry my baby and keep him safe just because of my weight. A plus size mother is no more or less a mother than anyone else, and I don’t miss the ‘attitude’ I got from certain healthcare professionals that would suggest that this isn’t the case!