The summer is well and truly under way in our part of the world. And this is what the Savage family have been enjoying this month.

Of course! What else could start a list of things my family has enjoyed in May? My husband put the televised song competition in our shared diaries as soon as the date was released! This year we found out our neighbours were as bonkers about the show as we are, so invited them to come down and watch it with us. It’s so much fun sharing the madness with someone else. Although to be honest, there was a lot less crazy in Eurovision this year. Much more slick and a little bit less fun for it unfortunately (I mean Justin Timberlake, while the votes were counted? Seriously? Sigh) Anywho, we had a lovely time just hanging out, drinking wine and commenting. Much as we all agreed we like Graham Norton as host, we were also in agreement that we miss Terry Wogan getting gently sloshed and more acerbic as the evening went on. And as a fitting tribute to the man, who died earlier this year, we were sure to raise a glass of his favourite tipple at song number 9 (his personal cue to start the evening’s drinking). It was an emotional moment. And yes, tears were shed!

Whenever I used to have friends over, pre Oscar, my go to choice of food was always ribs. They never failed to please, but I haven’t made them for years.  So, I decided to do them for our Eurovision shindig. In the past I have always marinated the ribs overnight (a Nigella recipe) and then baked them in the oven. What a faff! This time I decided to utilise my slow cooker and boy were they a massive hit! Tender and juicy and sticky and delicious. And so much easier to make. I bought the ribs from the butcher instead of the supermarket for a start and that made such a difference. They were so much bigger and had so much more meat on them! Then I just chucked them in the slow cooker with the following ingredients. Blooming gorgeous!

I served them with coleslaw, roasted new potatoes and sweetcorn.

No, they weren’t Slimming World in any way, but saved for a special occasion, I’ll definitely be doing these beauties again. Only I may have to make double quantity next time! Yum!

A month or so ago Haslemere got it’s very own M&S Food Hall. Regardless of your opinion about whether our town needed a M&S Food Hall, you can’t deny that their food is good quality and often different to what’s on offer in the ubiquitous chain supermarkets (one of which is just over the road if you’re that bothered by it). I’ve found myself popping in throughout May. I bought some of the nicest and biggest (they were a ‘King’ variety) Strawberries I’ve ever had, to take to a friends house, a beautiful bouquet to say a big thank you to a neighbour, and on days when it’s all been a bit much and I need somewhere to take five, I am happy to admit I’ve been Found wandering their aisles. I’m not saying I’d get my weekly shop there, I wouldn’t. But for occasional nice ‘bits’, it’s been a boon.

I’ve mentioned before that our garden is bigger than our house and as soon as the sun came out at the beginning of May, we were straight out there, tidying up the garden for the summer season. We have a long lawn, but a few years ago we also built (with the help of some very kind friends) a deck. Big enough to take a decent table and chair set, it’s becoming my favourite part of the garden. It’s definitely where I spend most of my time out there, so this month I’ve been adding a few sweet little touches. Cushions for the chairs, a parasol, a wall mounted planter and wild flowers in a jar have all made this corner of the garden a lovely little nook for eating, writing and just hanging out!

I wrote about learning to drive a few weeks ago (you can read about why I don’t already have a licence here). It’s been a big part of May for me, although to be honest I’m not sure I’d call it a ‘favourite’ as such. It’s hard learning a new skill any time in your life, but the older you get the harder it is (not my words, words of clever science type people in white coats) and I am finding it hard. But every week I’m noticing little things improving and my anxiety (which behind the wheel has been at a spectacular all time high) slowly fall. Slowly. I’ve done four lessons and now I have a two week break. I only hope I don’t forget everything in that time! 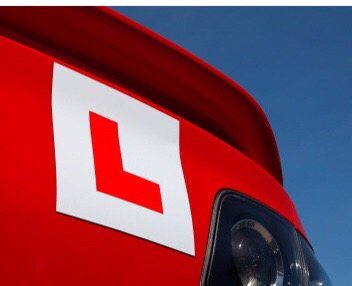 What have been your family favourites this month? I’d love to know!