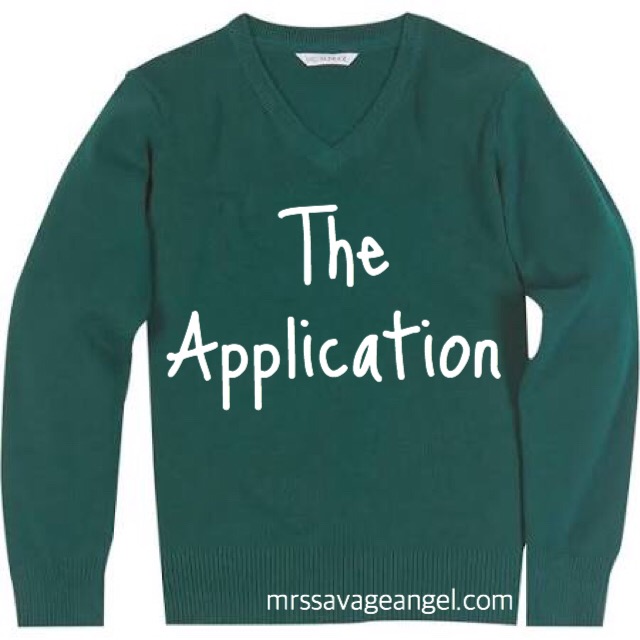 I have written before about schooling for those children with an SEND diagnosis and the weight of responsibility I felt to ‘get it right’. And I still do to some extent. I visited mainstream schools and a specialist unit. I saw what was on offer locally. And not once did I look at an Ofsted report. Call me crazy, but Oscar’s needs are going to be just that little different and what grades he’ll get an English and Maths, at least to begin with, don’t bother me in the slightest. I need a school, that’s going to, minimum, understand him and include him. How good the facilities are, or what grades other pupils are getting really aren’t that interesting to me.

So yeah I visited a bunch of schools. I didn’t get a bad impression from any of them other than the specialist unit. Call it a mothers hunch, but the woman running the unit was so uninterested in the children and more interested in herself that I couldn’t get out of there quick enough. The school is so oversubscribed that she didn’t need to ask me my son’s name or anything about him. She would fill her places whether we chose to go there or not, twenty times over. It just gave rise to an impression of complete ambivalence to the children and that made me want to cry.

Anyway back to the application process. We received a letter to confirm Oscar would be considered for an Educational Health Care Plan (the system that has replaced the old ‘Statement’), back in November and he’s had extra Educational Psychology and Speech and Language reports done to that effect, but we have still yet to hear whether he has one or not yet. It’ll be discussed at a forum some time this month is all I’ve been told. Which is great, but not particularly helpful for the application process, the deadline for which was 15th January. It means I had to apply like all other parents, but then fashion some form of evidence to back up that the ECHP was (possibly) in the pipe line. The reason for needing to do this at all is that having an EHCP would put him in a different place in the admittance list (even though where in the list seems to vary from school to school). As we live in a really weird corner of three counties and various catchment areas, we have applied to two schools we are technically out of catchment for. However, if the county take into account his SEN, this might not matter.

Do you see? I’m living in a world of “ifs” and “buts” right now. But (hahaha see what I did there), what is done is done. The application is in, the evidence written, the EHCP decision in the hands of someone else. So we wait. Same as every parent. And hope we’ve made the right decision, hope we get the place we would like, hope the forum agrees to support him in the way I believe he needs.

Not to mention the fact that this all means my baby will be starting school in September. School! Arrrggghhhhh!

No let’s not think about that at all. Let’s just go back to focussing on the process. Yes. That’s much less frightening! ?