I met a lovely lady on Wednesday called Shannon. She writes over at shannonagains.com and today launched a gorgeous linky called An Outfit to Remember, dedicated to the favourite outfits of our children.

It got me thinking about the many outfits Oscar has worn over the two and half years of his life. To be honest I like all the clothes he wears. Despite most of them being second hand I’m quite careful to chose things I like or that I know suit him. The shops invariably have less choice for boys clothes (something I am constantly annoyed about on his behalf!). Dressing boys is perhaps not as exciting as dressing girls, but I think boys can have a style all of their own. Here are a couple of picture of him in outfits I’m particularly fond of.

This is the outfit Oscar wore for his ‘Pleased to Meet You’ party we held, when he was three months old, to introduce him to all our family and friends down in Devon. It was such a lovely day and he coped so well with all the myriad of cuddles he got! I just loved the little neru collar shirt from Zara, with the chinos from Mini Club at Boots. The pram shoes (also from Boots) he only ever wore twice (I never bothered with pram shoes) but they set the whole outfit off. 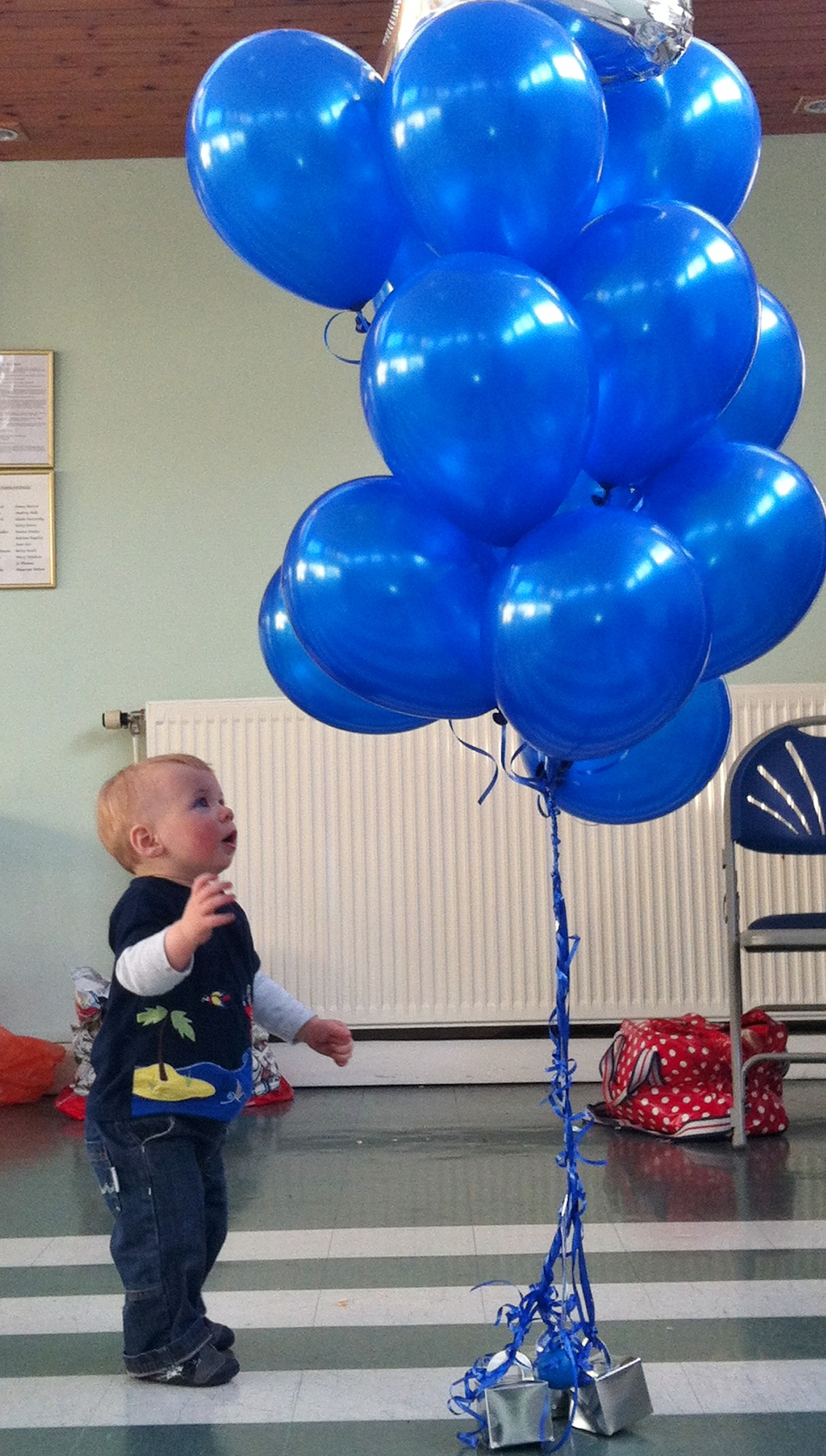 This was his first birthday party. Rather than stick to the close family tea kind of party most people hold when their children turn one, we went a bit mad, hired a church hall, threw a pirate theme party and invited more people than we had to our wedding! He wore a pair of Jojo Maman Bebe jeans with the most adorable pirate applique tshirt (over a long sleeve vest, it was April after all) also from Jojo. The shoes are his first ever Clark’s Cruisers, also sporting pirate ships (can you see a theme here?). What a super day!

Now I love this outfit. The denim shorts are from M&S and he wore them all last summer and part of this one. When they got too small I bought another pair, second hand, off a friend. They went with everything and just looked so beach bum cute! The t-shirt came in a pack of five from Next. The pink suited him so well, with his gorgeous blonde hair and bright blue eyes. I received a few odd looks from people, and one woman told me I was brave to put him in pink, but seriously? Come on people it’s just a colour! And one that suits him incredibly well. He also has pink and blue swimming shorts as it goes!

This is the most recent one. I’ve chosen it mainly for the t-shirt, although I also love the pirate shorts from H&M, which were a present. The Prince Charming t-shirt was from Next and he wore it for a whole year, it never seemed to get any smaller! The shade of blue just made his eyes sparkle and he got compliments on it every where we went. He wore it to a mini photo shoot we did in Aug 2013. We gave the resulting photos to the grandparents as presents for Christmas, meaning the whole family have a picture in their house of him wearing this t-shirt.

I could go on and on, but I think I’ll stop there. If you’d like to join in, check out Shannon’s original #OutfitToRemember post here . I hope you’ve enjoyed this lovely wander through Oscar’s wardrobe as much as I have.