So I’ve written before about my hitherto lack of both desire and nerve to get crafty with Oscar at home. We’ve avoided it for several reasons, one being his previous lack of interest and another being the mess it makes. My house is tiny. I’ve always figured I don’t have space for getting our painting freak on. Then recently I decided to throw caution to the wind and try out a couple of crafty/messy play ideas, all at home, all indoors. He’s that bit older now and anything that encourages him to concentrate is great for his development. I wrote recently about our success with homemade moon sand and playdoh and this week I decided to bite the bullet and let him try painting.

I wanted to try making my own paints, mostly to see if I could, and found this beginners paint post on learnplayimagine.com, a great resources for sensory and messy play ideas. It had two ingredients: shaving foam and some form of colouring. You could either use a squirt of paint, or as I did, food colouring. I have some tubs of Wilton Candy Colours, which meant I was able to mix up Blue, Red, Yellow, Green and Orange. I tried purple, but for some reason the red just wouldn’t mix in with the blue, so I gave up on that one. 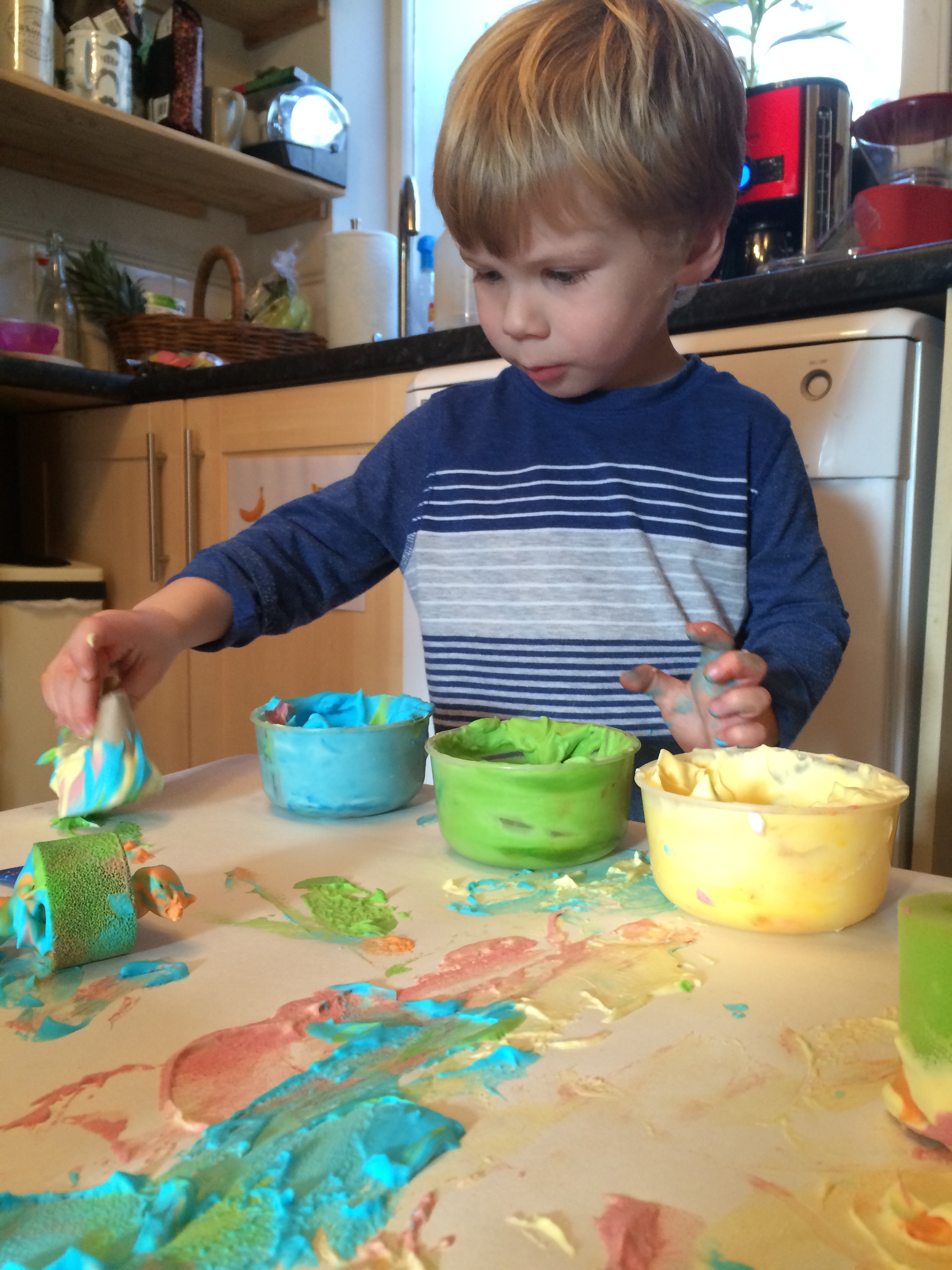 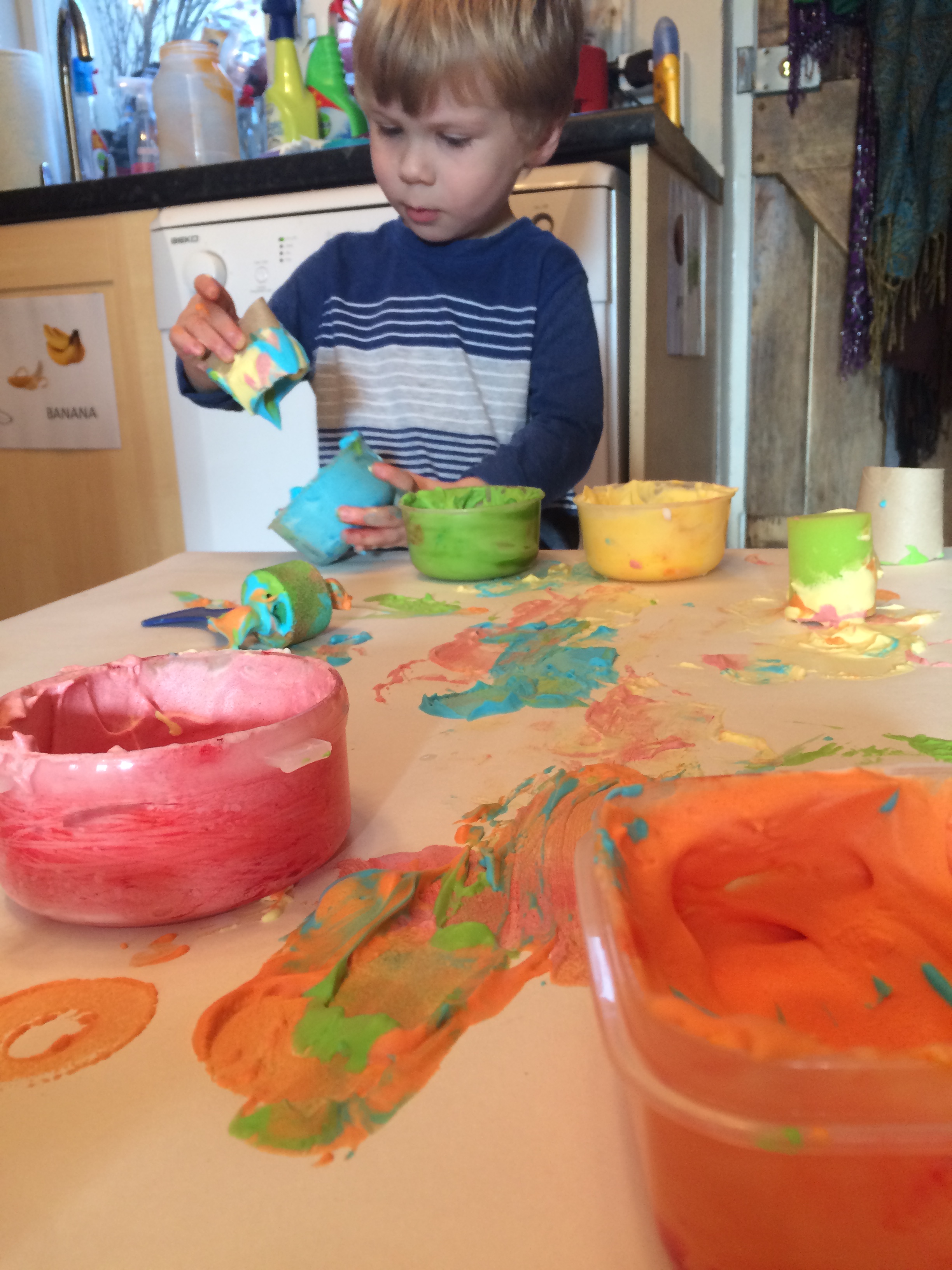 He was so good at keeping the paint on the paper. I was worried he might try and paint the whole house, but I should have given him more credit I guess. Plus this shaving foam/food colouring combo came off his clothes really easily, so a bit here and there wasn’t the end of the world. It is after all just soap with colouring!

After he’d painted all the paper and mixed the colours I changed his paper and he went to get one of his trains. Clearly what he felt was missing from this art project was some train tracks! Not sure why poor James got a lump of green in the face. I think he was trying to feed him!

Because the base of this paint is foamed soap, it doesn’t quite dry like ready mixed paint. I read that if you want it to set better, you can add PVA glue to it, but we didn’t bother this time. I hung the pictures to dry and dabbed the excess foam off with a tissue. It’s dried pretty well. But really this wasn’t about creating a masterpiece. It was partly getting Oscar to engage with something and partly to grow my confidence with craft projects in the house. And all in all I think this was a great place to start.