So as you know, last week was Oscar’s third birthday. I don’t know where the time has gone either! Anywho, we planned a party for him and all his chums for the Saturday after his birthday, but wanted to do something actually on the day, just the three of us. It’s something we’ve always done. For his first birthday we went to Marwell Zoo, which worked out well, as he was still happy to be carried around in the baby rucksack thing. Last year we went to The Aquarium at Southsea. Whilst a great idea in theory, it really didn’t work in reality. It wasn’t busy, but it just wasn’t him and we left not long after we arrived. So this year we wanted to do something he would enjoy, and be able to cope with. Unfortunately his birthday fell in the first week of the Easter holidays, meaning the possibility of ‘attractions’ being busy was high. This might not have been an issue (you never can tell), but we wanted to find somewhere that would give him a sporting chance of having a good time.

Then I read a blog post from AutismMumma about Thames Valley Adventure Playground in Taplow. It’s an enormous indoor and outdoor play facility for children (and adults on a Friday) with all types of Special Needs. You can read more about them on their website. The numbers accepted each day is limited and booking necessary, meaning the place could never get too busy. It also offers a myriad of things which I knew Oscar would love, from space to run, swings, climbing equipment, soft play and an understanding environment for both of us. It looked ideal, so we decided it would be worth the hours drive to Taplow to give it a go.

It’s a really big site and houses all sorts of clever and fun play spaces. The first thing Oscar saw when we arrived through the locked gate was a huge Thomas the Tank Engine, so he was happy straight away. We played for ages in the fully secure, gated and locked outdoor space. All the areas were clearly defined but flowed into one another. He found the giant sand pit straight away and discovered a love of the bucket on the pulley.

We followed his lead where possible and let him go from place to place in his own time. He chose when to go indoors and seemed happy to discover the soft play. One thing I noticed was although the outdoors was practically empty the inside space was quite busy. I wondered if this would be a problem, but it didn’t seem to faze him in the slightest, and he happily found some toy trains to play with and a buggy to push around.

It was the first time for all of us at an SEN, well, anything really. It can be daunting taking a step into this new world and don’t get me wrong I wasn’t sure how I’d feel. But as it turned out I felt no different than I do when visiting any other play place for the first time. Quick to scope out the safety and aware of where he might get into difficulty. The children all seemed to be having a rare old time and my only concern for Oscar was that he seemed to be the youngest there. It made me see just how small he still is, rather than the big ‘man child’ I see most other days! And the only place this became a real issue was in the bike park. The (fenced and security minded ) playground full of trikes and bikes and things to run with. He would have loved it, but it was full of children much older than himself, whizzing around and so we left that for another time. As for safety, I was really interest to see thoughtful touches here and there that clearly catered for not only the children but also the carers, such as cubby holes for bags, high off the ground, toilets that were easily accessible from the outside, should a child become trapped and a carers/staff toilet with a door handle way out of reach of any child.

Oscar had a wonderful time and there was so much choice of things to do, he was able to move from one thing and back again as comfortably as he liked. I loved the fort and the slide and I particularly liked the wooden rockets and play houses. So much thought and effort had gone into them, some of which were clearly handcrafted. I also really loved the sensory garden, although Oscar wasn’t that bothered. I could have stayed in there all day playing on the chimes and the drums! My favourite piece though, was one I thought was unfinished, until I looked more closely.

The only problem we had was leaving. We’re working on transitioning more smoothly and sometimes it works and sometimes it doesn’t. He was having a great time, but was also getting really tired. So when it came time to leave he had a bit of a melt down. Not that anyone else blinked an eye and we actually left at the same time as another child doing exactly the same thing! The look of understanding was appreciated. Anyway he wailed for about five minutes, then passed out. The sign of a good time had, I think.

Would we go back? Definitely. I wish it was a bit closer, but he’s a good traveller and he had a ball, making it totally worth the trip. The whole time we were there I just kept thinking “oh his friends would LOVE this” and TVAP do run integrated play days every Saturday for children with and without Special Needs. Hmmm, maybe I’ll have to arrange an outing one day.

I can’t believe the end of March is fast rolling round. I’m finally starting to get everything in place for Oscar’s birthday, which is lucky, as its on 2nd April. It might not have been, had the induction worked when it started three days earlier, and I still swear he hung on in there for fear of being born an April Fool, but there you go.

His actual birthday is on the Thursday and Ben has taken the day off work. We like to do something just the three of us on his birthday, only I was struggling to think what to do this year. His birthday falls in the first week of the Easter hols and I knew everywhere, even those places he would enjoy and could probably cope with, would be heaving. So we’re taking a leap and going on our first outing to a SEN play facility, the Thames Valley Adventure Playground. I read about it on someone else’s blog and even though it’s an hour away, I knew immediately that I wanted to take him. I’ll write more about our visit when we’ve been, but I’m super excited for him and it’s an adventure for us as a newly diagnosed SEN family. Fingers crossed!

We booked his party for the following Saturday a while ago now and while he doesn’t really understand what’s going to happen yet, we are so excited that we have the exclusive use of our local soft play cafe The Hen House in Haslemere. My plan is to move as many tables and chairs to the side as possible, giving the children as much floor space to charge around in as I can. Other than that, the wonderful team at The Hen House have the entertainment, the food and the drink covered. Which has kind of left me to enjoy planning the little details. Such as what he’s going to wear. As it’s a soft play party there’s little point him getting dressed up too smartly on the day. However I have bought him this Boden t-shirt, a nod to the farm animal theme. I love it. 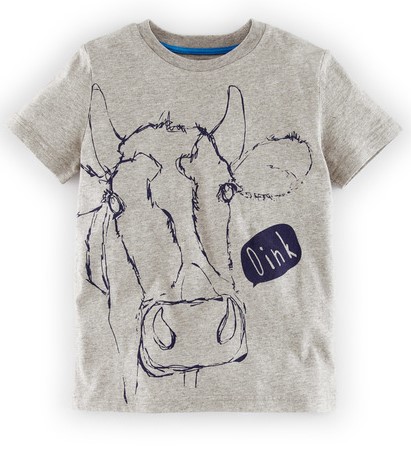 Other than that, the guests have been invited and most but not all can make it. But then that’s what happens when you book a party both on Easter weekend AND on the day of another boy’s birthday! I completely forgot about it being Rudy’s birthday until the moment I went to tell his mum about the party. Honestly, how could I forget? We were in beds opposite each other in the hospital! Ahh well it was going to happen sooner or later I guess and hopefully we’ll get to celebrate with them another day.

The invites themselves were something of a mission. Once I decided on a farm theme, I saw some beautiful barn invites on Pinterest and was convinced, for weeks, that I was going to make some just like it. Make. Including cutting stuff out and sticking stuff on. It was a lovely thought and all that but seriously? I barely have the time to blow my nose most days! So not wanting to be defeated entirely, I ordered some personalised printables from Etsy (several invitees told me how much they loved them and I think I could have passed them off as my own creation, but I just cant lie that well!) I also bought card to print them out on, wanting ever so much to have physical printed invites. What a palaver! The card wouldn’t go through the printer and when it did the colour wasn’t as I’d hoped. In the end I emailed the invite round and do you know what? I have no idea why I didn’t just do that in the first place. Physical invites are great for a child to take into school and hand out, but really, when it’s going straight the parent, email invites are the way ahead. 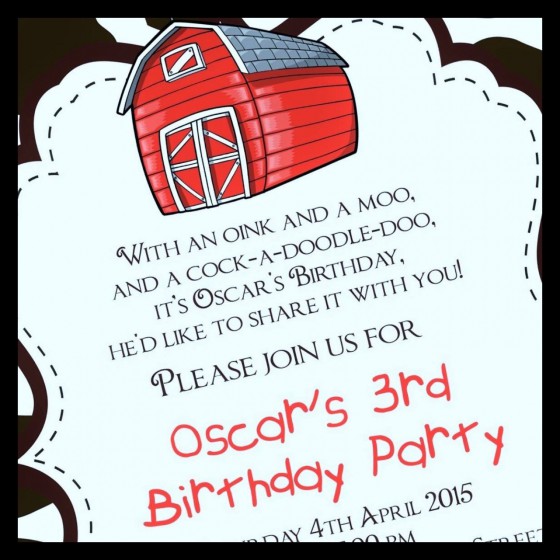 As the party’s taking place in the highly decorated Hen House, decorations weren’t really the necessity they might be if I’d been hosting at home. However, in keeping with the theme, and because I have yet to find a child who doesn’t adore them, I have ordered helium filled balloons, in a black and white cow print. My plan is to have them float around the place with strings long enough to reach up and grab. At the end of the party there’ll be a balloon for every child, and hopefully a few for Oscar to take home too! 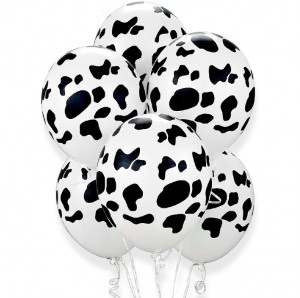 Then there’s the party bags. I’ve had a bit of a downer on party bags in the past, primarily because they always seem to be filled with sugar and plastic. Now I’m not saying the boy doesn’t love sugar and plastic, but I wanted to see if I couldn’t pull together a favour bag that carried on the theme, but also had fun and interest for the children. I think I’m getting there, having managed to source plain brown paper lunch style bags from pipii.co.uk. Everything going in it has a nod to the farming and farm theme. There is some sugar, but also some fun and I hope some interest. I just need to figure out if I’m going to decorate the bags somehow. I want to. I really want to! But chances are I won’t and I’ll call it minimalist instead. Ahh well!

Which just about covers everything a three year old could want for their birthday.