9th March 2015. A Monday. A stuffy office in the paediatric department of the Royal Surrey County Hospital. Six adults all agreeing that a diagnosis of Autism Spectrum Disorder was appropriate for my almost three year old, blonde haired, blue eyed son. I remember so much about that meeting. The room was so hot. I felt so sick. If I’d had to picture the setting my world would fall from under me in, this small grey room with uncomfortable chairs wouldn’t have been it. It would have been exotic, dramatic, or at least better looking. But here we were.

In those first few moments I was given a plethora of leaflets about support for Oscar. This agency would help with this, this one with that. It was mind boggling, and most of it went straight in the bin. It was too much to take in at that moment. But the one question I did ask was which one of these leaflets was for the agency that was going to support me? Which one was going to give me the help I was going to need now my parenting journey had been screwed up and chucked over the doctor’s shoulder. I remember saying “That’s great, thank you. And what support do I get?”. The paediatrician laughed in my face. Literally. “There isn’t any!” she told me. Any that was that.

I remember going to the doctors several months later to apply for a one off Carer’s prescription grant, as suggested by our Early Years case worker. The doctor asked why I wanted the grant and I started to explain how hard looking after Oscar was and how desperately sad the diagnosis had left me. She looked on awkwardly while I started to cry and ask again, where was the support for me? Was there nothing for post diagnosis depression similar to post partum depression. She scolded me and told me that was something very different and to come back if things got much worse. I left with the feeling I’d wasted someone’s time and that I should be coping better. I never went back.

But things didn’t get “better”. It just got ‘different’. And still no agency was interested in how I was coping. Several people suggested peer support, but I’m not good at leaning on friends. I tried to find a SEN support network online, but struggled taking on everyone else’s sadness as well as mine. It could have been extremely helpful, but I just felt like I wasn’t giving as much as I felt I was taking. Or as though everyone was doing SEN parenting better than me. Even down to the amount they worried. It felt I wasn’t worrying enough. So I had to step back.

Eventually I knew something needed to change. My heart felt like it was breaking all the time and I hadn’t experienced anxiety this bad since I was a teenager. I also realised no one was going to formally offer to help me. I was so disillusioned with the support (or lack of it) I’d been offered by the NHS, that I didn’t even bother going to them. I found a private therapist. And it’s turned out to be one of the best decisions I ever made. I struck lucky and found someone I felt comfortable talking to immediately (having seen counsellors in the past I know this is not always the case). And things I’ve never said to anyone have now been said. Burdens have been laid down for a while.

I’m not saying everything’s fine and hunky dory now. It’s not. I’m still coming to terms with plenty of stuff, stuff I sometimes think I might never find peace with. But I keep trying. Because for all the support Oscar gets as someone with ASD, none of it as important as the support he gets from his parents. From me. And if I don’t get the support I need to give him the best of me then none of the other services are worth jack.

I still think it’s a joke that parents going through such a traumatic event in their lives are just expected to get on with it without support. I hate that I was made to feel stupid for asking for help. And I’m so heartbreakingly sad that there probably other parents out there right now whose lives are being blown apart by a diagnosis they never wanted and with no idea how they will ever put their lives back together again.

So on this #worldmentalhealthday, I just wanted to fly the flag for SEN parents. The overworked, over looked, under supported. Your mental health is worth everything. You deserve support, as much as anyone. Don’t be afraid to ask for it. Ignore those who laugh in your face, or tell you you’re are not as in need as new parents. You are. Because supporting your mental health is really supporting your child.

And isn’t that the most important thing? 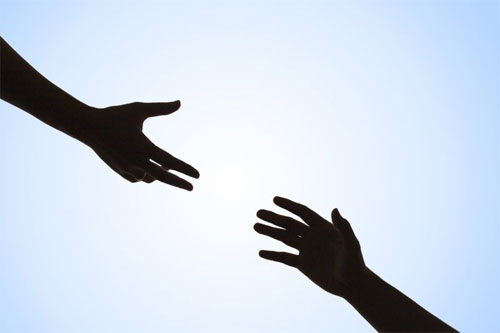